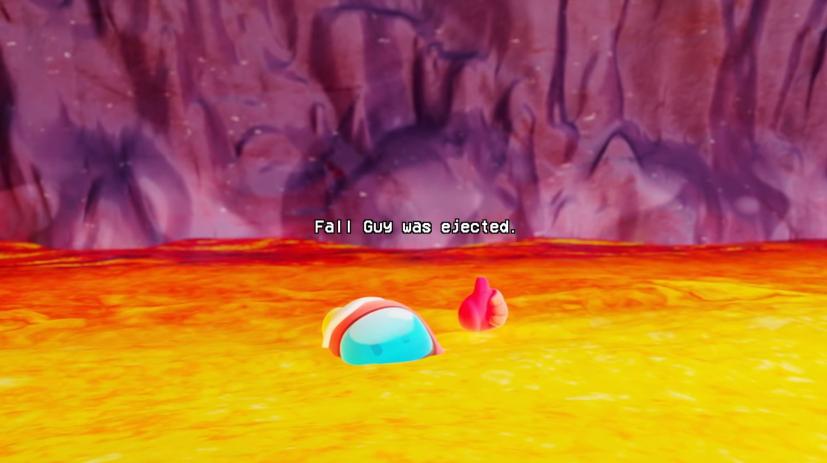 Update 16/03/21 15:55 – Mediatonic has now confirmed on Twitter that the Fall Guys among us crossover costume will be a part of the Season 4 Fame Path, with bottom available at Level 21 and the upper piece unlocking at level 26.

Very pleased to confirm that this eggy friend will be available as part of Season 4's fame path!@AmongUsGame

Original Story – Fresh on the heels of news that Fall Guys Season 4 will arrive on March 22, developer Mediatonic has also seemingly revealed that the popular multiplayer title will receive an Among Us crossover.

The trailer for the new season sets up the new setting, with a Bean getting shoved off of the platform into the goop below. However, he doesn’t respawn; instead, the Bean floats there for 2020 years, only to get dressed up in futuristic garb in the year 2041 by a bunch of techno-tentacles.

There’s plenty more to see in the trailer, but you should probably know that it ends with a new skin line that is based on Among Us. You can clearly see the Bean wearing a spacesuit inspired by the popular multiplayer title, and features the text ‘Fall Guy was ejected. 1 Imposter remains.’

Fall Guys was released for PS4 and PC in August 2020, and you can read our full verdict on the game here.