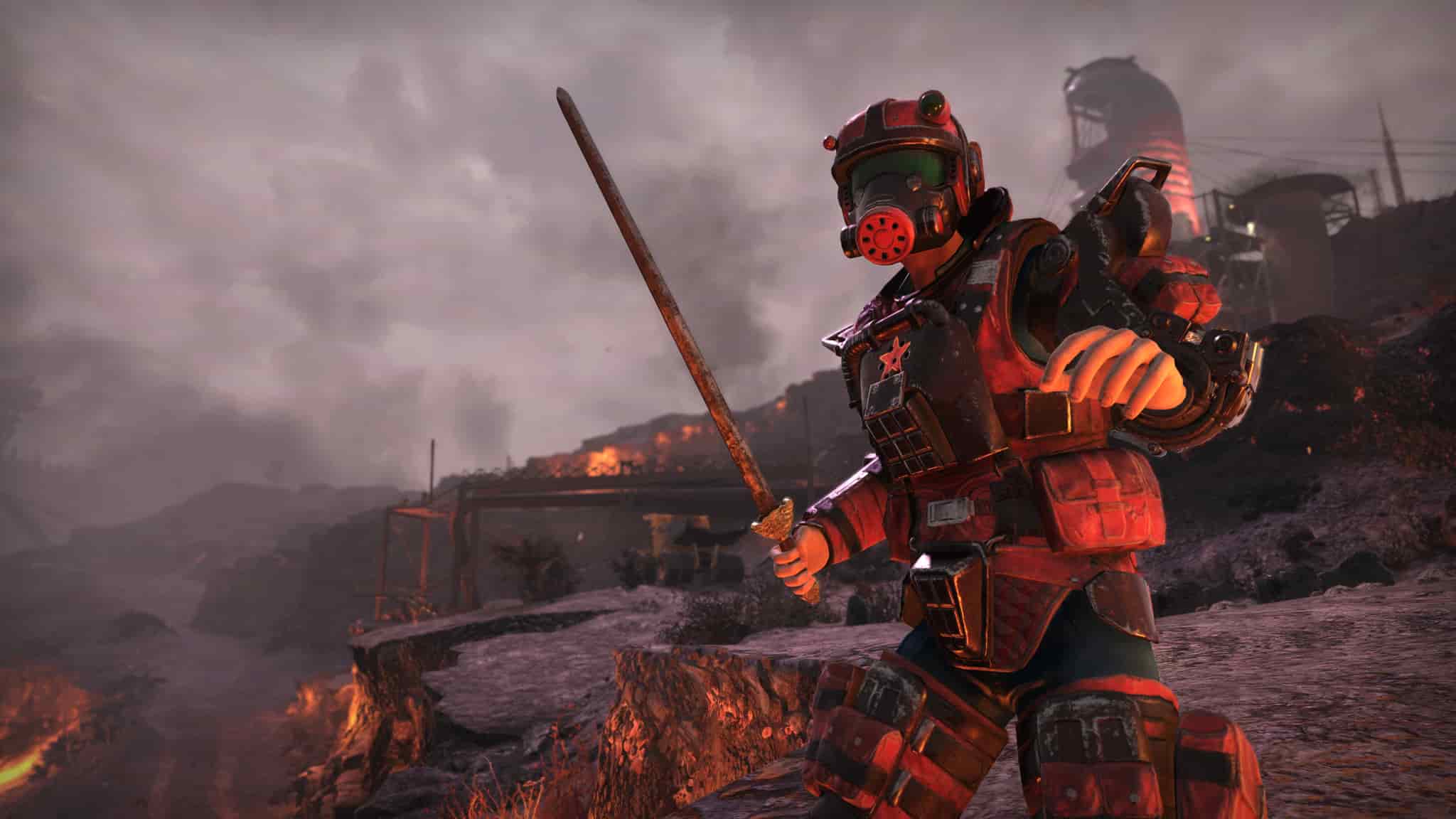 Bethesda has announced details on Fallout 76 update 1.48 patch notes, which is now live to download for PS4, PC and Xbox One versions of the post-apocalyptic MMORPG. The patch brings with it Season 3, plus a range of bug fixes including removing a nasty crashing bug on Sony’s console.

Read up on the latest Fallout 76 patch notes below.

We’re kicking off Fallout 76 Season 3 with the all-new “Scribe of Avalon” Scoreboard, where you will join the intrepid time-traveling historian, K.D. Inkwell, to investigate the mysteries of a medieval civilization.

The new Scoreboard features 100 ranks to achieve as you and Inkwell work to find and preserve technology in Avalon over the coming months.

As always, we’ve added a host of new rewards that you will unlock as you rank up, including Power Armor paints, Weapon Skins, Outfits, themed cosmetics, C.A.M.P. items, in-game currencies, consumables Perk Card Packs, and more.

We’ve made a few adjustments for Season 3 that you may want to keep in mind as you dive in:

For the first time, we’ve added several bonus rewards to the Scoreboard for Fallout 1st Members at certain rank milestones, which can be claimed in addition to the normal rewards those ranks offer.

We’ve implemented some new Challenges in the Daily and Weekly rotations, as well. These include Shelters-themed Challenges, and Challenges to take down different enemies, like Blood Eagles and Mothman Cultists.

Finally, last season’s Weight Bench reward is now available for purchase from Gold Bullion vendors so that players who missed it have another opportunity to grab one.

Head to the Seasons page on Fallout.com and read our recent Season 3 Preview article to get more information about Season 3, as well as a check out the rewards that will be up for grabs.

“Core Vault” Objects: We’ve added a few new items to the set of “Core Vault” C.A.M.P. objects that are unlocked after you complete the “Home Expansion” quest, including a Foundation version of the Core Vault Floor, a new Doorway Wall, and a Vault-themed door to match.

Power Armor: The headlamp on the Blue Demon Power Armor Helmet now shines in the correct direction in third-person view.

Defenses: The Encampment Gate is now centered between its posts.

Defenses: Encampment Fences can now be snapped to the left side of the Encampment Gate.

Daily: Fixed an issue that prevented some Holotapes from counting toward “Listen to an Audio Holotape” Daily Challenge progress.

Armor: Red Viper Armor Skins can now be favorited for use in Nuclear Winter.

Headwear: Red Viper and Camouflage Skins can now be applied to the Urban Scout Mask.

Plans: Fixed an issue that prevented the Plan for the Poodle Sleeping Bag from dropping as a reward for level 50+ players in Daily Ops.

Client Stability: Fixed a PC client crash that could occur when fighting Scorched in the Forest.

Client Stability: Fixed an Xbox One client crash that could occur when entering the Foundation Supply Room during the “Supplying Demands” quest.

Performance: Fixed an issue that could cause client hitching during gameplay.

Property Rights: Sheena no longer spawns inside a wall during the “Speak to Sheena” objective.

Build: Floors and other objects can now be built at the spawn point inside Shelters, excluding items like Traps and Pressure Plates.

Floor Décor: Potted Plants can now be built near Shelter ceilings more easily, and no longer sometimes place outside the playable area.

Entrances: Fixed a case where Large Shelter Entrances could not be placed near water.

Programmable Objects: Light Boxes, Switches, Cycling Lights, and other objects that can be “programmed” now retain their settings between play sessions.

Wall Décor: Fixed an issue that could cause the Eat-o-tronic to clip into the floor when built inside the Vault Lobby Shelter.

Wallpapers: Only Wallpapers that the player owns can be placed inside of Shelters.

Wires: Wires attached between Generators and certain powered objects, like Decontamination Showers, now persist after exiting and re-entering a Shelter.

Atomic Shop: Fixed an issue that could prevent further menu navigation in the Atomic Shop after purchasing a Bundle.

Inventory: Opening a Holiday Gift no longer causes the player’s current selection to automatically move up one row in the Aid menu.