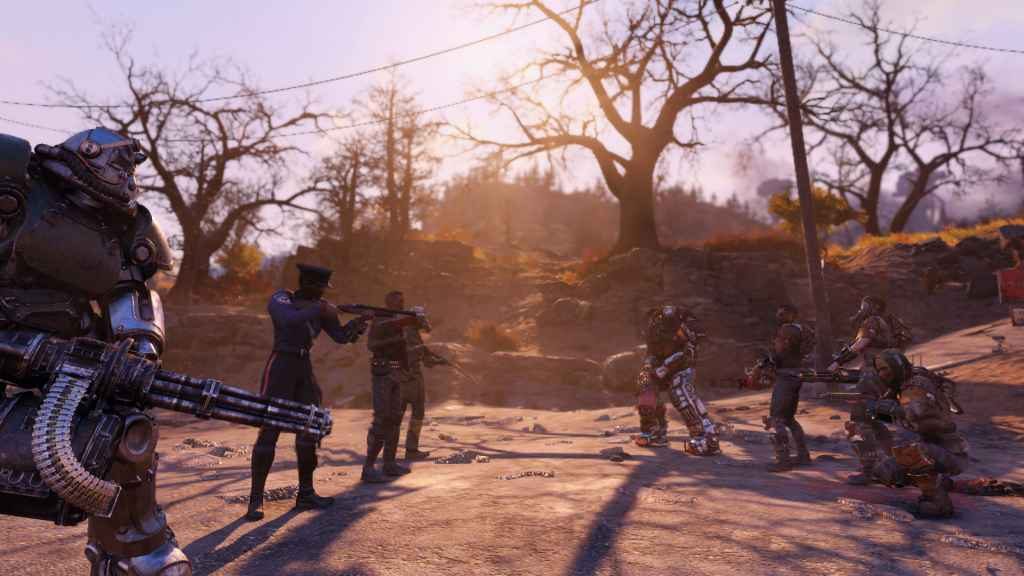 Teased a couple of weeks ago in the previous edition of “Inside the Vault“, Bethesda has shed some light on Fallout 76 Survival Mode – the game’s hardcore PvP experience.

Separate from the main game, Survival Mode aims to bring “a new way for you to engage in even more demanding, high-stakes, and deadly adventures in Fallout 76”.

Like we said before, the first thing you need to know about Survival Mode is that it’s completely separate from the main game.

After hitting “Play” in the main menu, players will be asked to choose between Adventure Mode (the standard Fallout 76 experience) and Survival. Ensuring players don’t accidentally find themselves suddenly thrust into a life-or-death struggle, when all they wanted to do was continue working on their base in peace.

That being said, any and all quests, events, and story content featured in Adventure Mode will also be available in Survival. It’s just that, with everyone bar your squad mates tagged as hostile, “you’ll have to navigate them under the ever-looming threat of hostile dwellers who may be hiding just around the corner.”

Level scaling works the same as it does in main game, which should prove useful to both newbies and anyone who decides to create a brand-new character for Survival Mode; rather than bringing across their existing avatar at the risk of losing all their hard-earned gear.

All the same, it does sound rather intimidating.

There’s still plenty of time to prepare, thankfully. With Bethesda suggesting a March release window for the initial beta roll-out.

Moreover, Bethesda has already said that it intends to experiment with the rules of the game during the beta phase. How respawns work, for instance. What, if any, additional items are lost upon death. And how best to implement Survival Mode’s Leaderboards.

“Added risks and rewards [that] will make each of your deaths more devastating, and every kill you rack up much more lucrative.”

None of these changes are set in stone, however. And Bethesda has reassured fans that any adjustments made to Survival Mode over the course of 2019 will be based on playtesting and player feedback.

Fallout 76 released to, shall we say, a mixed reception in November 2018.

Multiple patches have been released in the months since, with the next major update due out in the next couple of days. Preliminary details of which can be found, here.