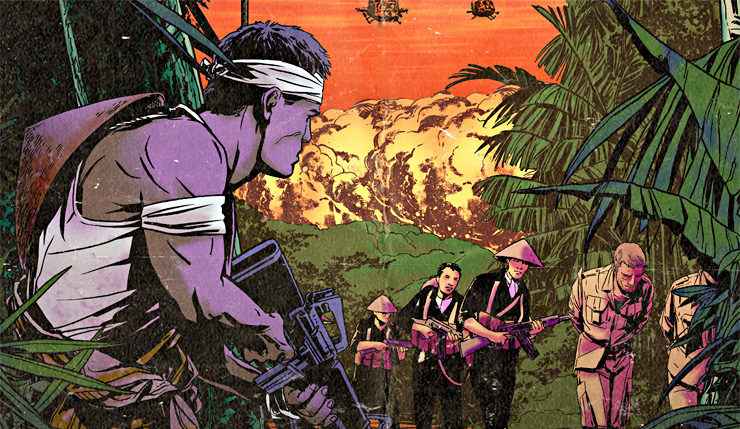 Set during the Vietnam war, players will experience the narrative from the viewpoint of Hope County's Wendell Redler in this new Far Cry 5 adventure. Tasked with rescuing square mates in the jungle, you'll be fighting against the Viet Cong and the North Vietnamese army.

Game mode include Action Movie mode where you're given a “generous loadout” and Survival Mode with less loadout options that offers a real challenge. Prior to the release of Hours of Darkness, players can also enjoy Vietnam-themed assets in Far Cry 5 Arcade.

This will allow players to create their own maps using the themes from the DLC. Additionally, Ubisoft has also released the soundtrack for Hours of Darkness.

The other two DLC packs - Dead Living Zombies and Lost on Mars - will launch in July and August respectively. Each can be brought as a standalone download, or be enjoyed as part of the Far Cry 5 Season Pass.