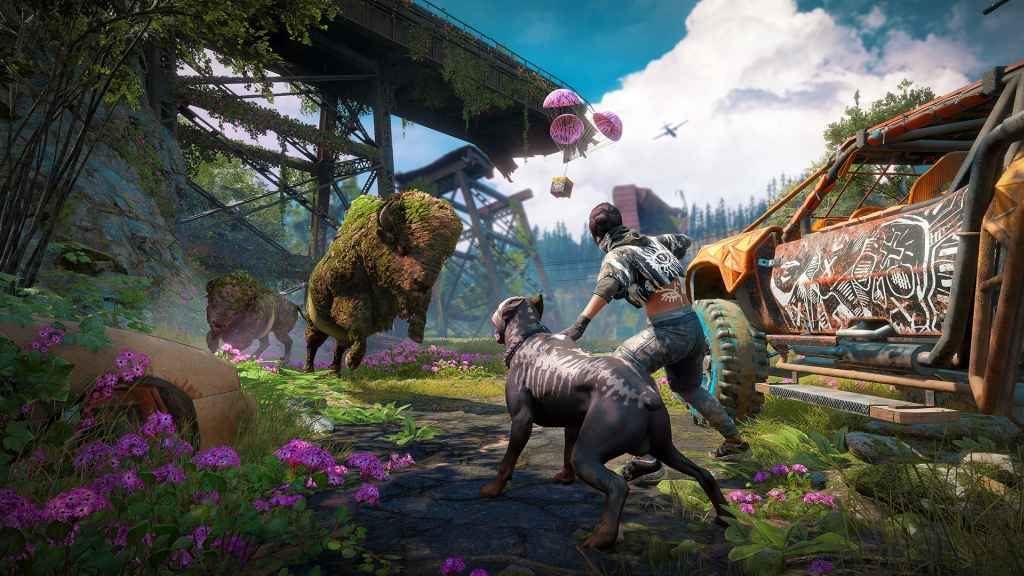 Despite reaching the top of the UK charts in its opening week, outperforming the likes of Metro Exodus and Jump Force, Far Cry New Dawn physical sales are way down on its two most recent predecessors… by a whopping 86.5% compared to Far Cry 5 (the game on which it’s based), to be exact.

Of course, as enjoyable as New Dawn is (see our review), few people would have expected it to compete with Far Cry 5.

What does come as a surprise, however, is the disparity between New Dawn and Far Cry Primal; itself a spin-off rather than a fully-fledged entry in the long-running series.

According to statistics published by UKIE/GfK (via Gamesindustry.biz), Far Cry Primal sold almost four times as many units as New Dawn during its opening week.

Though, to be fair, the rise in digital sales over the past three years will undoubtedly have had an impact on their respective opening week performances.

In stark contrast to the game that pipped it to the number one spot in the UK charts, Metro Exodus had an extremely impressive opening week. With physical sales almost 50% higher at ukmeds.co.uk than its predecessor – 2013’s Metro: Last Light.

It deserves it, too.

In his Metro Exodus review, PSU’s Joe Apsey described 4A Games’ latest as “an amazing experience and an absolute joy to play… that offers a new style and experience from 2033 and Last Light”.

Oh and, for those of you that were wondering, Crackdown 3 had a rather dismal opening week. Entering the charts at the number 13 spot. Ouch.