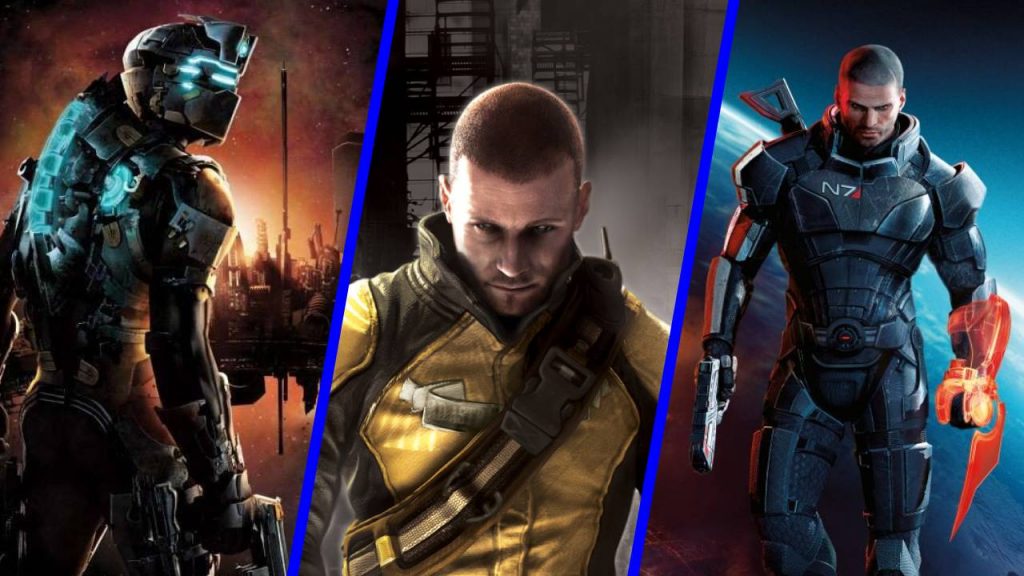 The PS5 is nigh. Looming its great shadow over the current generation, the passing of the torch is almost complete. With backwards compatibility confirmed with the PS4, and Xbox pushing the envelope on upgrading games rather rereleasing them, perhaps this generation is the last we will see of the traditional remaster. With that being said, let us take a look back at the PS4 remasters that sadly never were (but still really need to happen).

Ten Remasters That We Never Saw On The PS4

Despite fans crying out for it in the replies to every social media post from BioWare, we never did get that Mass Effect Trilogy remaster that we’ve all pined for. The original Mass Effect would likely benefit more from a remake, as it feels much more dated than its predecessors. That said, while I don’t particularly long for the days of driving the Mako however, the sequels hold up really well all the same.

Dead Space remains one of the greatest horror games ever made and certainly one of the best in the PS3 generation. Sadly, Visceral Games were shutdown by EA in 2017 and perhaps our hopes of a remaster or a sequel went with it. A remaster could have allowed for EA to gauge interest and maybe the series could have lived again as a result. Unfortunately, we will never know but there’s still hope, right?

Not having an Infamous collection available on the PS4 seems like a missed opportunity. There were seemingly a lot players migrating from Xbox to PlayStation who would likely have missed their chance to play Infamous and its sequel. This series could have benefited from much of the same visual treatment that the Uncharted trilogy received with the Nathan Drake Collection.

Sticking with Sucker Punch for a minute, another series of theirs lost to the annals of history is former potential platform mascot; Sly Cooper. The last Sly Cooper game released way back in 2013! Whilst a remaster of sorts would have been nice, we might be at the point where this series could use a new lick of paint. A remake in the same vein as Ratchet & Clank would be very much welcomed.

The popularity of the souls-like sky rocketed during the PS3 generation. We’ve seen a number of games created by From Software and other studios taking on the formulae that all started with Demon’s Souls in 2009. Originally, Sony passed on the publishing rights outside of Japan due to negative previews – a wrong they would go on to right with the impeccable Bloodborne.

The originator could have seen new life with a remaster certainly, though there is always rumours doing the rounds that Bluepoint are working on a remake. As someone who didn’t get to play Demon’s Souls back then, either would be appreciated.

Metal Gear Solid is a series that is generally associated with the PlayStation brand. Currently, you can play the remasters of both Sons of Liberty and Snake Eater on the Xbox via its backwards compatible capabilities, but the same cannot be said for PlayStation. I’ve always felt this to be a shame. Even more so with Metal Gear Solid 4 as it is a true PS3 exclusive I would like to say its not too late, but given Konami’s recent track record I fear MGS4 will be stranded on the PS3.

Enslaved: Odyssey To The West

Enslaved: Odyssey to the West is quite the forgotten gem. It was originally pitched as a CGI film, but became a fully-fledged game when Ninja Theory stopped working on a Heavenly Sword sequel. Not only is it inspired by Ico, it is also a bit of a precursor to The Last of Us. With both games having two lead protagonists that cooperate to traverse cross country in a post-apocalyptic setting with a heavy focus on narrative. Unfortunately its planned sequel was cancelled after poor sales performance.

Given that Ninja Theory is now owned by Microsoft, it’s unlikely we would ever see Enslaved on the PS4 in any capacity. Maybe the series could live again in the future for Xbox in the form of a reboot. However, I’m not sure they could convince Andy Serkis to reprise his role as the games protagonist, Monkey.

Max Payne 3 was the first entry in the series not developed by Remedy and also the last we saw of the series iconic, titular character. A super satisfying third person shooter that utilised the legendary bullet time system, the slowing down of time to allow for some ridiculously cool, Matrix style action sequences. Max Payne 3 was actually ahead of its time in that it had no load times between cutscenes and gameplay. I often wonder if we will ever see Max Payne return and what it would look like if he did.

Metal Gear Rising: Revengeance is a spin off created by Platinum Games, who have created some of the great games of this generation in titles such as Nier: Automata. Metal Gear Rising: Revegeance sees the series take a step away from stealth and towards hack and slash action. Originally created internally by Kojima Productions, the game was postponed due to difficulties developing a game with swordplay.

Enter Platinum Games, the perfect studio for creating such a title. Over the years they have mastered the craft of creating action games and Metal Gear Rising: Revengeance didn’t disappoint. We have Bayonetta and Vanquish remasters available on the PS4, so perhaps a remaster for Metal Gear Rising Revegeance isn’t outside the realms of possibility.

Another series of PlayStation exclusives that could benefit from the migration of Xbox players to the PS4 is Insomniac’s Resistance franchise. Not unlike Doom, the use of a weapon wheel in Resistance always gave you a choice of interesting weapons to use in any encounter. Not to mention, there’s plenty of set pieces that would still hold up. Since Sony acquired Insomniac and are undoubtedly hard at work on Spider-Man 2, they’ve likely moved on.

Whilst every game doesn’t necessarily need a remaster, they don’t hurt either. Where backwards compatibility has been missing on the PS4, remastering games can help them stand the test of time and also help with game preservation. Remasters also allow for old games to reach new players. Cloud gaming by way of services such as PS Now can greatly assist here too.