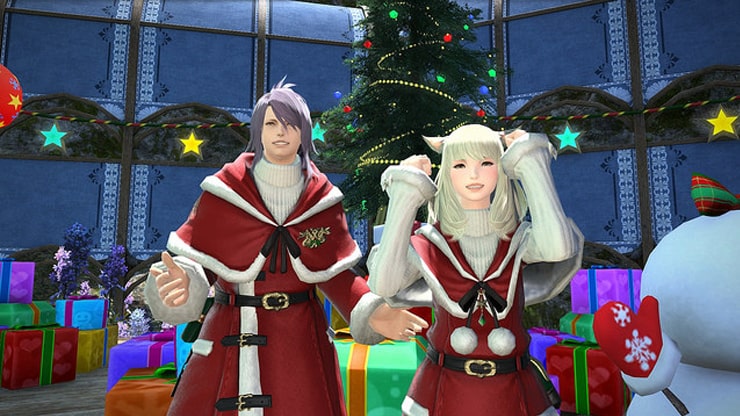 Editors Note: The reference to the PS5, Xbox One and Xbox Series X versions of Final Fantasy XIV were a mistake. We have since edited the article to reflect the changes. We apologize for the mistake and any misleading this information may have caused.

Square Enix has announced that the Final Fantasy XIV Christmas 2020 Starlight Celebration event is officially kicking off today, and will remain active until New Year’s Eve. If you’re an avid FFXIV fan, then this is definitely something you’ll want to get involved with.

The FFXIV Starlight Celebration event kicked off at 8.00am GMT and users can participate by taking on the quest A Festive Fiasco, which you’ll need to be level 15 or above to take part in. Do this by speaking to Amh Garanjy in Old Gridania. Here’s an overview of the Starlight Celebration:

The chill of winter returns to Eorzea once more, heralding the arrival of the Starlight Celebration. Preparations for this year’s festivities are well underway, or at least, they should be.

A young man of abundant wealth and self-assurance─and considerably less abundant Starlight spirit─has been tasked with overseeing the event, and his plans for the season appear to be anything but promising. Amh Garanjy is seeking help from anyone and everyone in the hopes of pulling off a Starlight miracle.

Final Fantasy XIV is available for PC, PS4, and PS5 Via Backwords Compatibility.