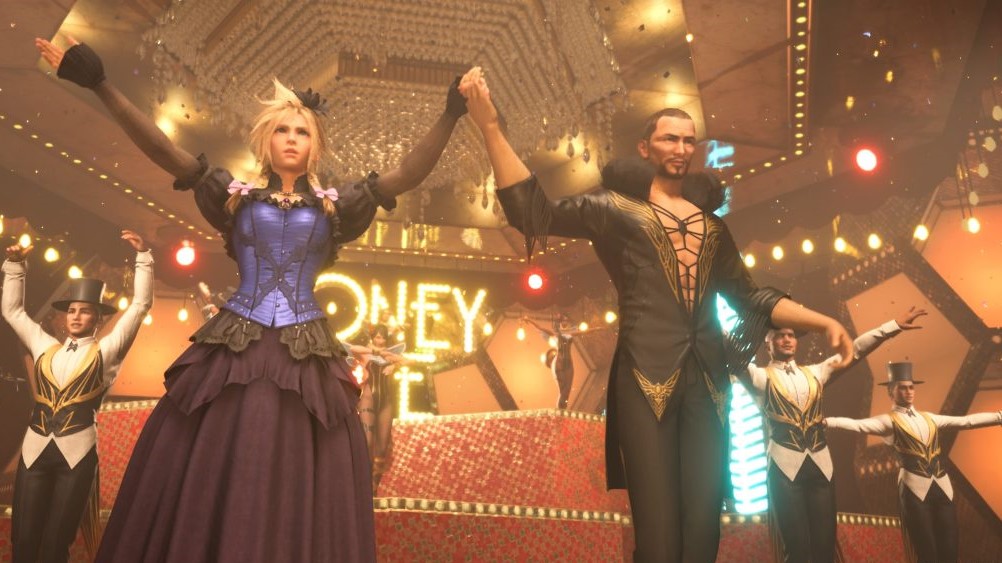 Speaking during an interview on the official Square Enix website, Toriyama-san revealed that the scene was ultimately given the boot as it would have affected the game’s rating.

Initially, for example, there was a pole dancing scene included, which meant that filming began on an elaborate set. We decided to take that part out due to the impact on the rating!

Elsewhere, he also revealed how the idea of a dance-off came about:

I added in the idea of a dance-off in the middle of the show. I decided that Cloud’s transformation into his dress and make-up should take place on stage, then Andrea Rhodea would take his hand, and they would dance together before striking a pose.