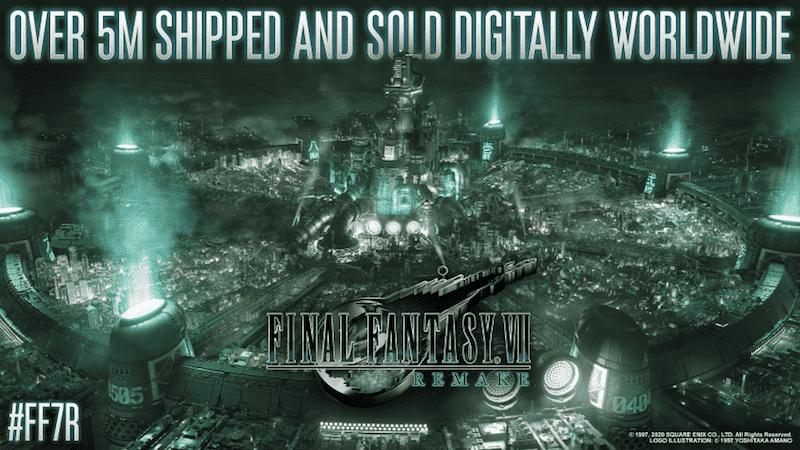 Square Enix has announced that Final Fantasy 7 Remake has notched up digital sales and shipments of five million worldwide following its release exclusively for PS4 back in April.

In FINAL FANTASY VII REMAKE, players will be drawn into a world where the Shinra Electric Power Company, a shadowy corporation, controls the planet’s very life force. Cloud Strife, a former member of Shinra’s elite SOLDIER unit now turned mercenary, lends his aid to an anti-Shinra organisation calling themselves Avalanche.

The first game in the project is set in the city of Midgar, and is a fully standalone gaming experience designed for RPG players that crave unforgettable characters, a powerful story and the ability to choose their style of play with a battle system that merges thrilling real-time action with strategic, command-based combat.