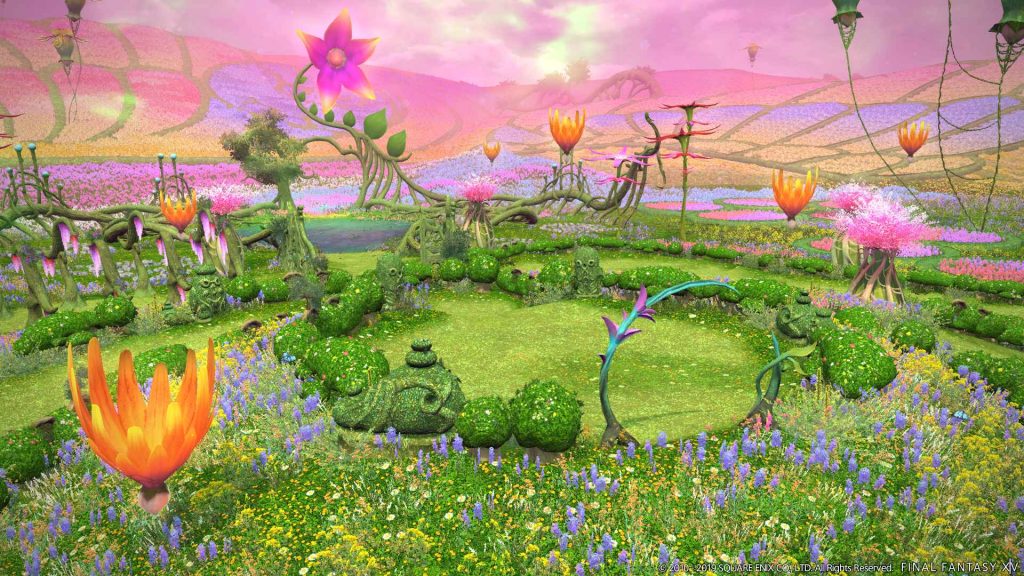 This article is based on play of an in-development build of Final Fantasy XIV: Shadowbringers, and content in the final version is subject to change.

Courtesy of Square-Enix, I had the pleasure of attending the press event for Final Fantasy XIV: Shadowbringers in San Francisco. Tons of new information landed that day, one of which being the newest dungeon, Dohn Mheg.

Two of the three boss engagements are against Aenc Thon, Lord of The Lingering Gaze, who takes on different forms along the way. The first fight is fairly straightforward, apart from the geyser sequence. As you can see in the video, I had way too much trouble trying to dodge them; I’m not ashamed.

The second fight again Griaule can be tricky. Five saplings appear around the field that attempt to buff the boss. You and your party must step in front of four of them to keep the boss from getting stronger. Each sapling that successfully buffs the boss increases the boss’ stats immensely. After four stacks, a wipe soon follows. Just get in the way of those seed buffs, and you’re good to go.

The final fight has its own tricks. After a few moments of beating on Aenc Thon, he opens a gap in the floor and teleports you to the opposite side. You then must walk across a very narrow, jagged path to reach Aenc Thon. To make matters worse, Aenc Thon has been casting an instant kill spell while you navigate the narrow pathway. You have to cross the chasm and defeat his avatar before the cast finishes. After that, all you have to do is avoid his status ailment attacks.

Dohn Mheg offers a few different challenges along the way, with plenty of variety to keep you and your party on your toes. If using the Trust System, be extra careful against Griaule. The mechanics can trick the party AI. Check out our feature on the Trust System for some tips to make your life easier.

Check out the boss fight footage from Dohn Mheg!

During my time with Shadowbringers, staff member Aya helped me a great deal while I got my bearing with the Dancer class. She taught me a great deal, so I wish to thank her for her help. On that note, the entire event staff was fantastic, always friendly and willing to help out.