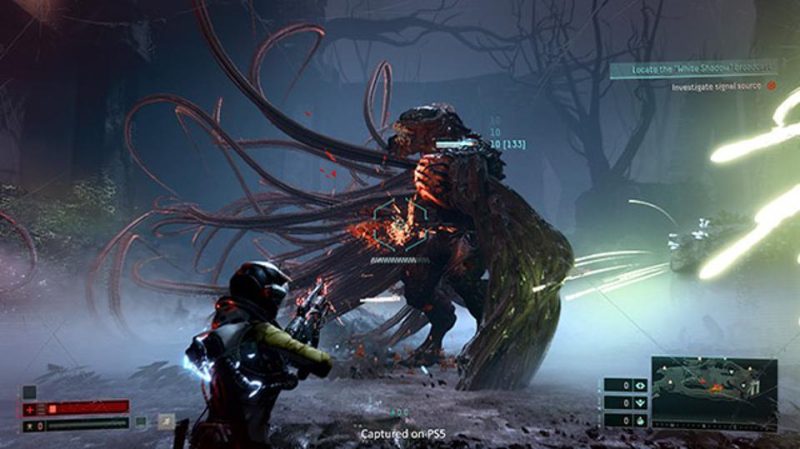 Returnal coming to PC has to be one of Sony’s worst kept secrets now, because video footage of someone scrolling through the PC graphical options menu for Returnal has leaked online.

The footage doesn’t show any gameplay, but shows someone who has clearly stopped at a point in what looks to be the first area of the game, adjusting the graphics options.

Spotted by Nibel on Twitter via icon-era, this is the biggest confirmation so far that Returnal is indeed coming to PC, although Sony has yet to admit it.

For as long as the video stays up, you can check it our here.

We’ve had a SteamDB listing that looks like it’s meant to be Returnal tipping us off for months, not to mention Housemarque potentially letting the cat out of the bag back in March at GDC, and no one seemed to notice.

This video however now puts it up to PlayStation to finally come out and say what everyone already knows, and hopefully it’s a PC release we’ll be getting sometime soon.

What is also cool about the video is that it does confirm a few things. It confirms this new version will have ray-tracing, support DLSS, allow you to view graphical changes live as they happen while in-menu.

There’s resolution scaling support, VSync support, NVIDIA image scaling support. It even tells you what pieces of hardware are going to be impacted most when making a selection.

The top of the video screen even includes an FPS counter, and has the game running at 50FPS more or less, with some dips into the teens, all just in the menu.

Of course there’s no way to know what hardware it was being run on, but perhaps it’s the case that though this video might imply it’ll be ready to go soon, that’s not the case and there’s still some optimization needed.

Either way, it’s getting a bit ridiculous at this point that Sony hasn’t come out and confirmed Returnal will be coming to PC. Hopefully that changes soon.