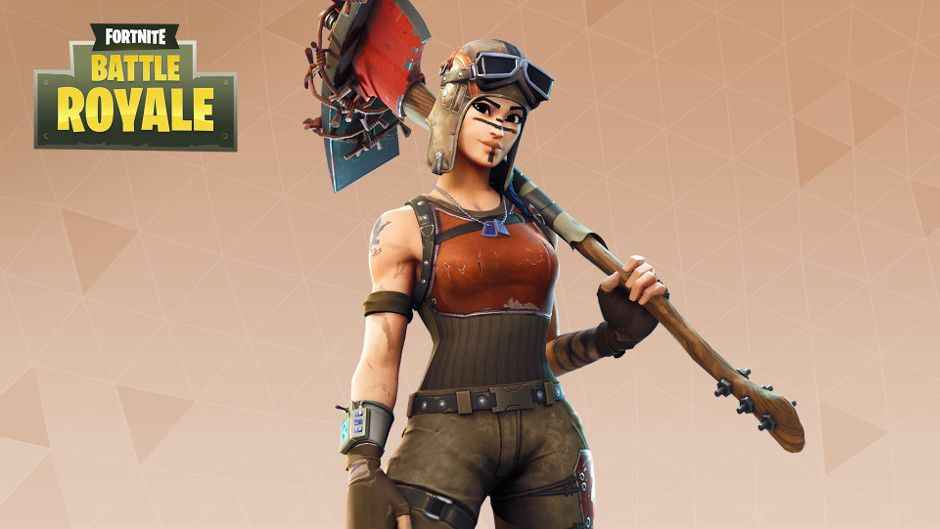 Welcome to the Battle!

Fortnite is a pretty good base-building horde survival game, but it’s the addition of the Fortnite Battle Royale mode, a free standalone part of the game, that is drawing the big numbers.

Popularized by H1Z1, and iterated upon to huge success by PlayerUnknown's Battlegrounds,Fortnite Battle Royale takes the basic rules of the Japanese novel of the same name. 100 players drop onto a remote island and seek to be the last person standing by any means necessary. To keep the contestants from camping out in a certain spot, avoiding defeat, a wall of death ( a storm in Fortnite Battle Royale) draws in closer and closer over a period of time, until the last survivors are holed up in a tiny portion of the island, forced to confront each other in a final bout of mortal combat.

Even in a squad, it's a tough place to stay alive out there, so here are some tips and tricks to help you move from quickly killed to King of the Hill in Fortnite Battle Royale.

Every game of Fortnite Battle Royale starts the same way. The contestants are flown over the map in the Battle Bus, and have a small window of time to skydive to a location on the island. The path the bus takes is different each time, as is the start point for the eye of the storm. You can't do much about the storm wall of death's location, but you can be careful about your starting position.

Being first off the bus is not ideal unless you really have to. It’s best to try and to avoid built up areas. There's likely to be good loot there, but pretty much every match has a feeding frenzy in these areas. Until you're more confident in your skills, it's best to keep clear of these places upon landing. Instead, aim for hilltop shacks and the like, where you're more isolated, and have a better chance of arming yourself from the off. The issue here is that there's usually a lot of open space, meaning you can survey nearby players, but they can do the same.

The Scramble: Inside/Outside the Safe Area

Once you've settled in (and hopefully are still alive with a weapon of some description), you'll quickly learn where the safe area is going to be. If you're in it, then great, you may want to stay in the vicinity of your landing spot for a bit, find the best possible shelter and defend it. On the other hand, if you've got distance to cover to reach the safe zone, you'll need to carefully make your way towards it. Here's some things to consider in these situations.

Leaving doors open in a an area you're investigating is a surefire way to let any passing player know you're about, which means they'll likely be more vigilant than normal. Plus, it's good for an impromptu trap to lure in players who think there's juicy loot to be gained.

Make use of sound

Fortnite Battle Royale makes good use of directional audio. Knowing this can give you a distinct advantage, especially in solo mode. If you can, use headphones or surround sound. Listen out for telltale noises such as other players firing and crafting. This can help you a lot when you need to be on the move and want to keep away from (or take advantage of) skirmishes. It also alerts you to the presence of loot chests (they give off a choral, tinkly tune). More often than not, they have some of the best weapons and health aids available.

Weapons come in a variety of flavors, and power levels. Once you understand what the lucrative ones are, you'll be in a better position to prioritize what you carry in your 5 inventory slots. Weapon rarity (and powers) are as follows…

On top of that, you have to consider what weapon type you'll need for the situation you're in. Shotguns and pistols are obviously best for close encounters. Just note close encounters are restricted to building searches until the endgame. Assault rifles and SMG's are mid range weapons. Generally speaking, these are the best thing to stick with for the beginner. Then you have rifles and launchers, which reward the careful, sneaky player with a keen eye. The downside is they are going to be a bit pants come the end of a match or inside buildings.

Health aids are medipaks and bandages (white/red objects) for healing any wounds you earned. Shield orbs (blue round objects) are also included in this, boosting your overall health. They show up in chests, and are also found in general in houses and other buildings. Just make sure you're relatively safe while applying these, as you're temporarily vulnerable whilst doing so.

Fortnite Battle Royale's major difference over the likes of PlayerUnknown's Battlegrounds is the building. You gather materials for building just as you do in regular Fortnite. This done by chopping down trees, breaking brick walls, and knocking down metal structures. With this you can make basic structures such as walls, ceilings, and floors. In Fortnite Battle Royale, they carry a fair bit of risk to mine for and create, but they can be used to trick opponents into investigating a position while you circle round elsewhere. They do buy a few seconds to reload/heal/escape in a pinch too. Be wary of where you mine for materials though, as the sound of your mining will be heard. Best bet, if you follow our rule of starting off isolated, is to get a bit of gathering done early while far from the madding crowd.

While playing in a duo or a four man squad, the above tips apply. It’s just there are extra factors to take into account. The way you start and push forward requires communication and preferably a mic. Selfish play might see you survive at the expense of your teammates. Just know you'll likely be outflanked and outnumbered by any teams that are a touch more cohesive as a result. Here's a few things to help you dominate the other duos and teams.

Seems obvious, but between bickering among friends, and radio silence amongst strangers. It is very easy to get split up early on, meaning you all become deliciously simple prey. So, either discuss over mics in the build up to the drop off. Or bring up the map, put a virtual pin in the area you want to go, and hope everyone else follows.

Assign roles for each situation

Having a partner or partners is handy for a few reasons. The best reason is that you can cover the bases together tactically. You can have a sniper, a spotter, a close range scrounger, and an all-rounder all at the same time. You just have to agree on who does what. Once you get your first gear, communication is key to get organised quickly.

Talk, but keep it simple

This goes back to the sound advantage. Communicating is indeed key as mentioned. All the same, too much nattering can mean you miss out on a telltale noise from another nearby squad. Explain yourself in short, clear bursts. Take advantage of the compass to let teammates know where anything of interest is quickly. Of course, if you're in a team of strangers and one decides to be a DJ over their mic, it might be best to mute them for your sake.