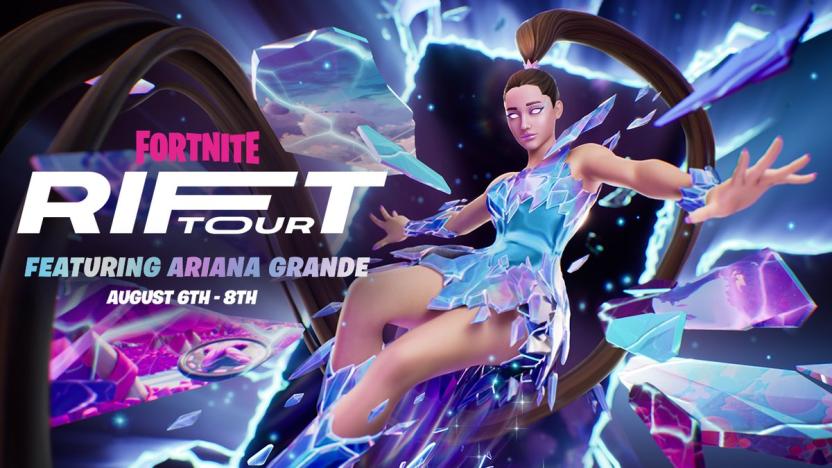 The Rift Tour will encompass five showtimes over three days, and Epic Games suggests that you should hit up Fortnite an hour before the show. The Rift Tour Playlist will be live 30 minutes before each show, and prior to Grande’s arrival, there will be Fortnite-themed experiences to enjoy.