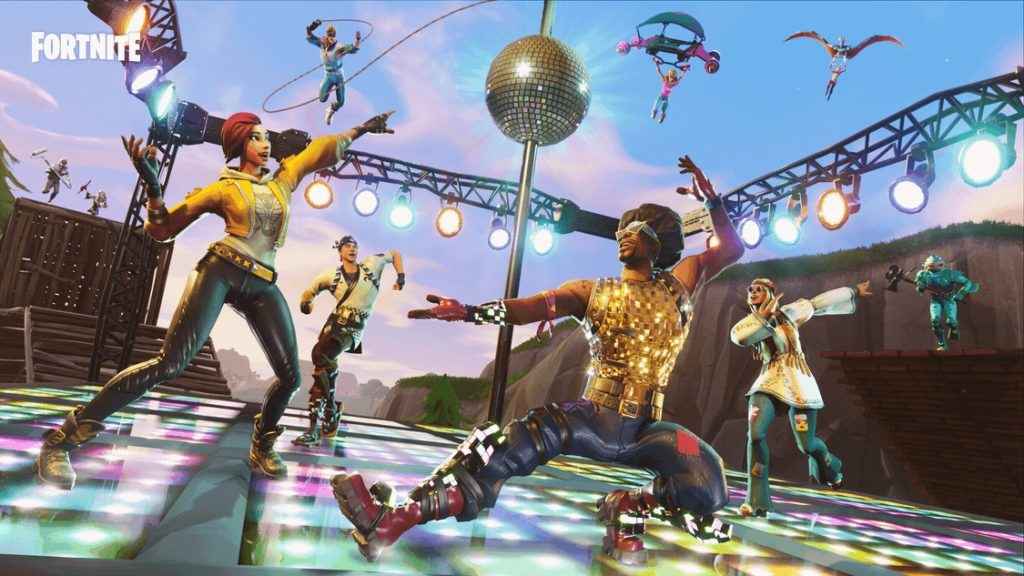 Having been teased just over a week ago, Fortnite patch 6.02 finally introduces fans to limited-time game mode Disco Domination.

For those who haven’t already heard of this rather novel way to play Epic’s all-conquering addition to the battle royale genre, Disco Domination splits players into two teams of fifty and tasks them with capturing and defending five dance floors located throughout the island.

The kicker is that, to score points, players must bust out their best dance moves:

It’s time for the ultimate dance-off. Dance Floors have spawned around the Battle Royale island. Take them over by clearing out any enemies and then dancing to raise a disco ball up from the floor. The team that fills their meter the fastest by capturing and defending the dance floors will win the match!

Fortnite Patch 6.02 – The Quad Launcher and a Returning Port-a-Fortress

Disco Domination isn’t the only new feature contained in today’s patch. Once downloaded and installed, players will also be able to enjoy the potent Quad Launcher.

The Quad Launcher (as you probably guessed from the name) lets players fire a barrage of four rockets in quick succession at anyone unlucky enough to be standing in their way. It can be found in chests, supply drops, and vending machines; deals 80/84 base damage per rocket; and is available in both epic and legendary variants.

Alongside the Quad Launcher, Fortnite’s extremely useful Port-a-Fortress makes a triumphant return. Although it’ll be harder to come by this time around, having had its drop rate reduced from 2.43% to a measly 1.83%.

Finally, patch 6.02 comes with a couple of performance updates and bug fixes. There are so few, in fact, we’ve taken the liberty of listing them below in bullet form:

Epic has also acknowledge an on-going issue with Skull Trooper styles. However, this won’t be fixed until the next patch.