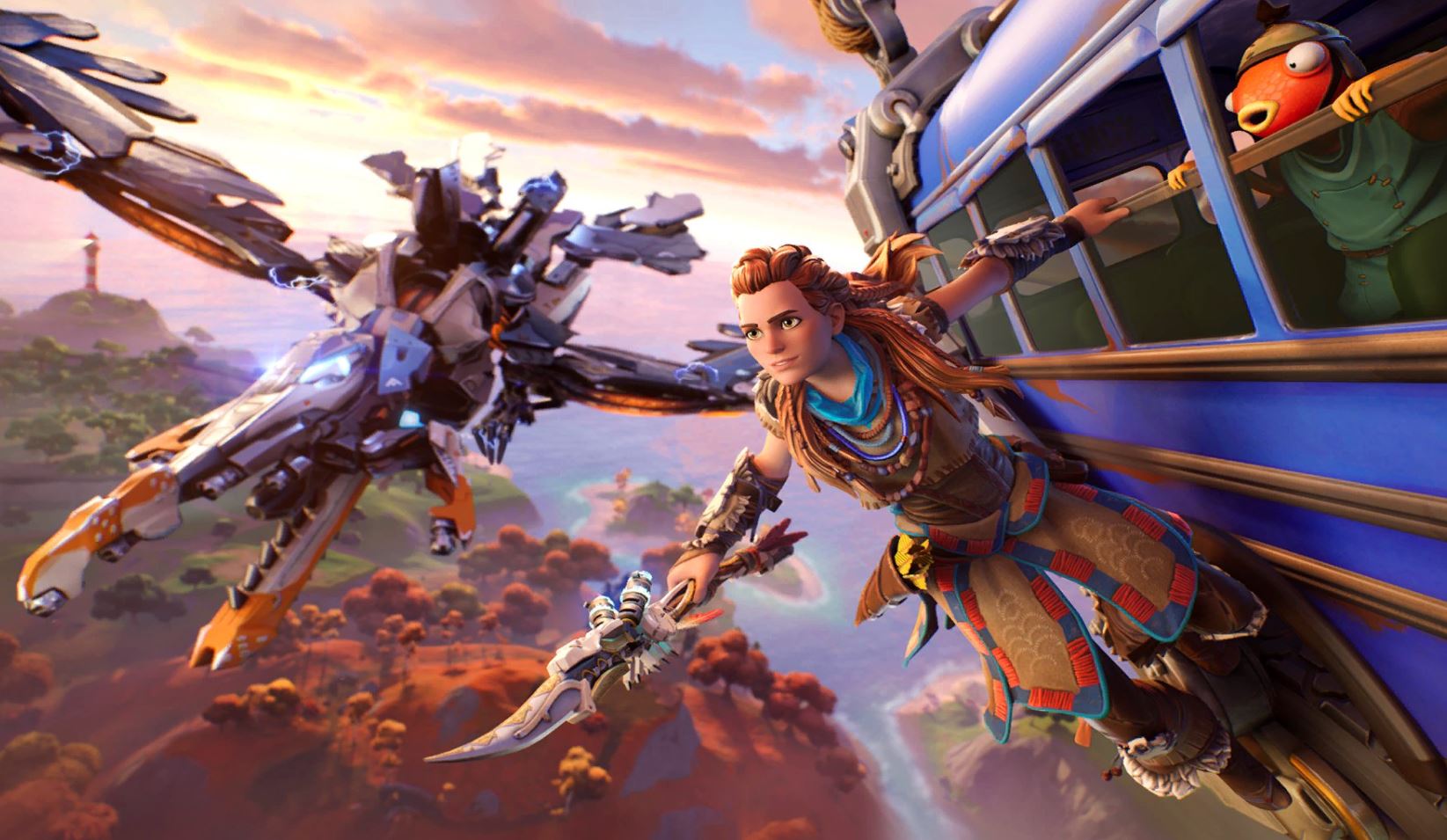 Update 16/04 13:45 – Aloy is now avaiable in the Fortnite Item Shop, along with the limited time modes detailed below.

Update 13/04 14:05 – Less than an hour after this was leaked, Sony has announced that Aloy will be joining Fortnite on April 15, with the Horizon Zero Dawn bundle containing the Spear Pickaxe, Glinthawk Glider, Heart-rizon Emote, and a Limited Time Mode “Team Up! Aloy & Lara”.

The Aloy cup will also be running as a Duo Tournament from April 14, with the top-performing teams in each region gaining access to the bundle. 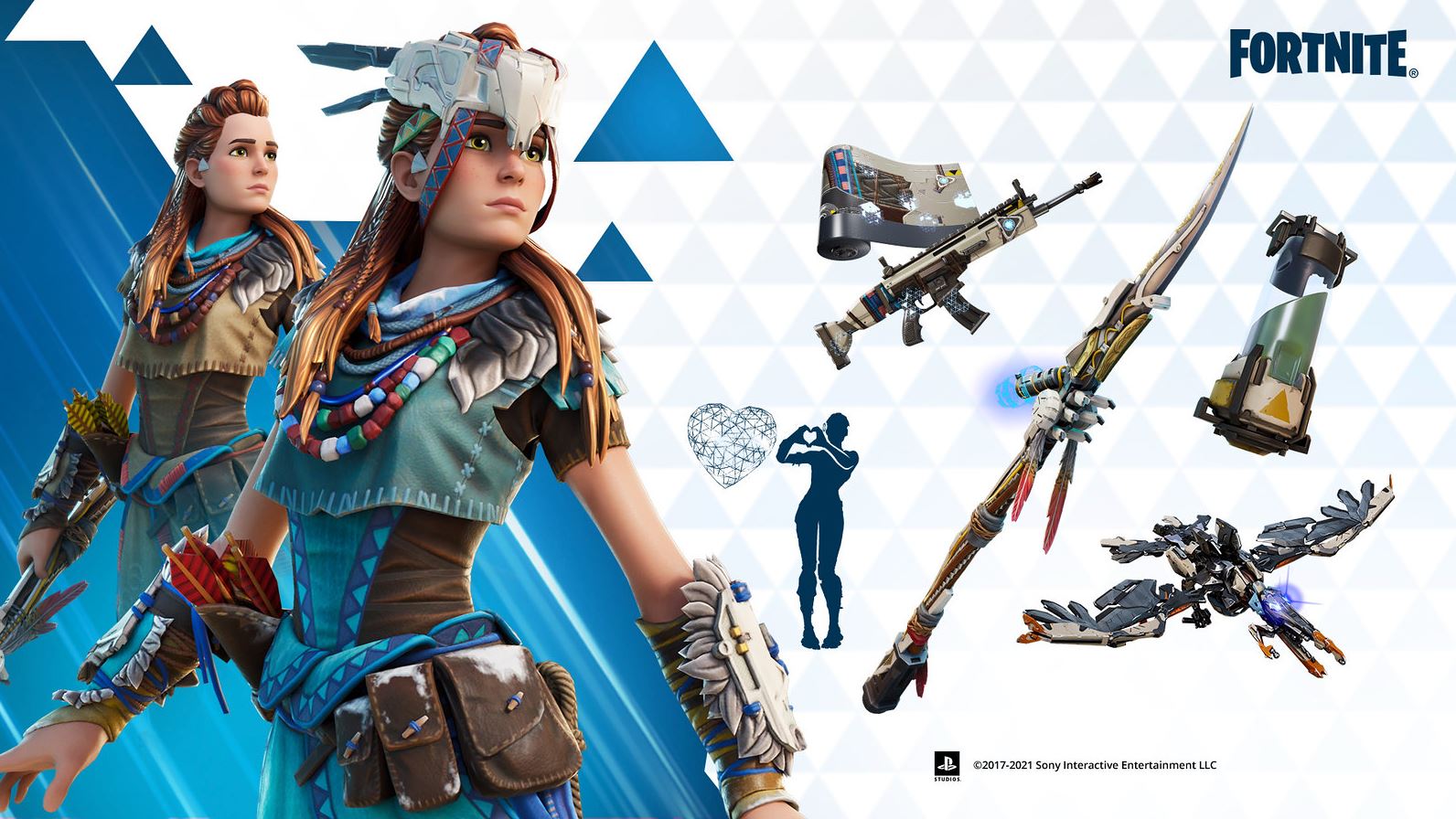 Original Story – Fortnite looks set to continue expanding its universe, with Aloy now joining the lineup of heroes and characters you can play as.

A loading screen leak for the game, spotted by @ShiinaBR on Twitter, shows the heroine hanging onto the side of the Battle Bus with one of the robotic monsters from the game flying behind her. We can also see the redesign of Aloy, which goes for a more cartoony take on her, to fit within the style of Fortnite. Overall, we think it looks solid and is a fitting take on the character. You can see the loading screen above and below from the Tweet:

This is the Aloy (Horizon Zero Dawn) Loading Screen! pic.twitter.com/jDLSP5nL7A

This comes after Kratos was added into the game last season and Epic sent out surveys asking fans what they would want from crossovers and potential collaborations.