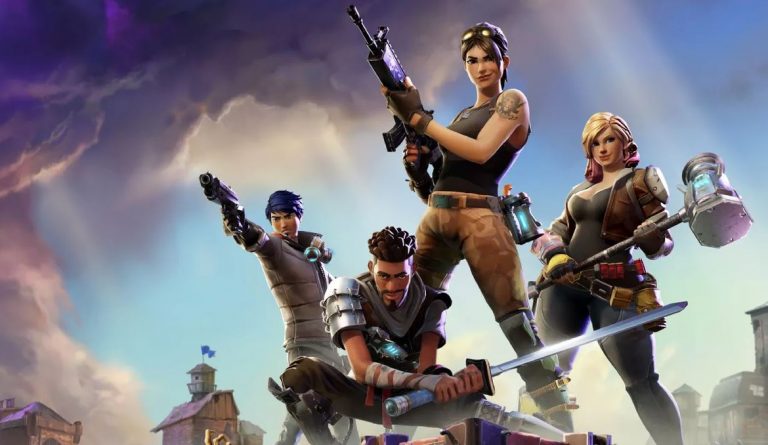 Epic Games has unleashed the Fortnite update 3.25 patch notes for your consumption, which comes packing a variety of new content including a new Limited-Time Mode in Team Brawl and the Slurpy Swamp Scramble. If you’re playing on PS5, then you’ll have to download Fortnite update 1.000.0038.

Read up on the latest Fortnite patch notes below, via Epic Games.

Planned from the very beginning, the Aliens have unleashed their newest tactic: abducting certain POIs. A giant tractor beam from the Mothership currently envelops Slurpy Swamp, lifting this industrial district to its untimely demise.

A POI being abducted may be a cause for concern, but you could also look at it as a new battle strategy. An entire district like Slurpy Swamp is quite heavy, so the tractor beam has no choice but to break it up into chunks as it lifts it. While you’re in the low-gravity tractor beam, jump from platform to platform, maneuvering around your opponents with nimbleness.

Abducting a whole POI isn’t something that happens overnight, so keep checking back throughout the week to see how the abduction has progressed.

Enjoy the close combat of a small Storm circle? Want to get right back into the action after respawning? In the new Team Brawl Limited Time Mode, compete with your team to reach 60 eliminations before the other team. If you get eliminated, you’ll respawn by plummeting to the ground instead of skydiving, ensuring you get back to the brawl right away.

You’ll be given a new loadout at the start and each time you respawn. Matches take place at a single POI, and the POI’s non-player buildings are extra strong for better protection. The other team outdoing yours? Don’t throw in the towel yet — if they’re too far ahead in eliminations, you’ll be lended a helping hand. All the team’s players will become marked in your view and visible behind walls. These effects expire when the lead lowers by a certain amount.

A true patch “high light”, the Skydome device provides the ability for you to illuminate your island! The Skydome will replace the default island sky box with your own custom version. Edit the properties of your world’s sun or moon and blend gradients of color for the skyline to create the perfect atmosphere and switch between different skydomes using triggers. We’ll be adding more features to the Skydome, including the ability to create smaller Skydome “volumes” within your island, more colors and more control over light sources very soon.

Read more details on the Skydome Device in the Device Updates section below and on the Fortnite Creative Documentation website.

Raptors, wolves, boars, chickens and frogs have arrived in Fortnite Creative. The Wildlife Spawner lets you add and control animals, along with hunting, baiting and taming mechanics, to allow you to give your Creative experience a touch of the wild side.

Read more details on the Wildlife Device in the Device Updates section below and on the Fortnite Creative Documentation website.

Always wanted to add that little touch of ambiance or atmosphere to your experience? The ominous glow of a pulsing red warning light, the disconcerting flicker of a broken street lamp, the ultimate disco party – now these are all possible with the new Customizable Light device. With a range of colors and effects, as well as the ability to switch between point lights and spotlights, now you can bring a whole new level of intensity to whatever you’re building.

Read more details on the Customizable Lights in the Device Updates section below and on the Fortnite Creative Documentation website.

ACCESSIBILITY: As with any device which allows you to manipulate colors and lights. Please always be thoughtful about players who may be sensitive to flashing colors, photosensitivity, and lights and take care when placing these devices

We’ve added a new option to the Matchmaking Portal device to allow players to create private games as well as joining public games.

Important Note: With this change, older islands which have not been republished recently could give an error when players try to enter them via matchmaking portals. If this occurs, republishing the Island should resolve the issue.

Read more details on the Matchmaking Portal on the Fortnite Creative Documentation website.