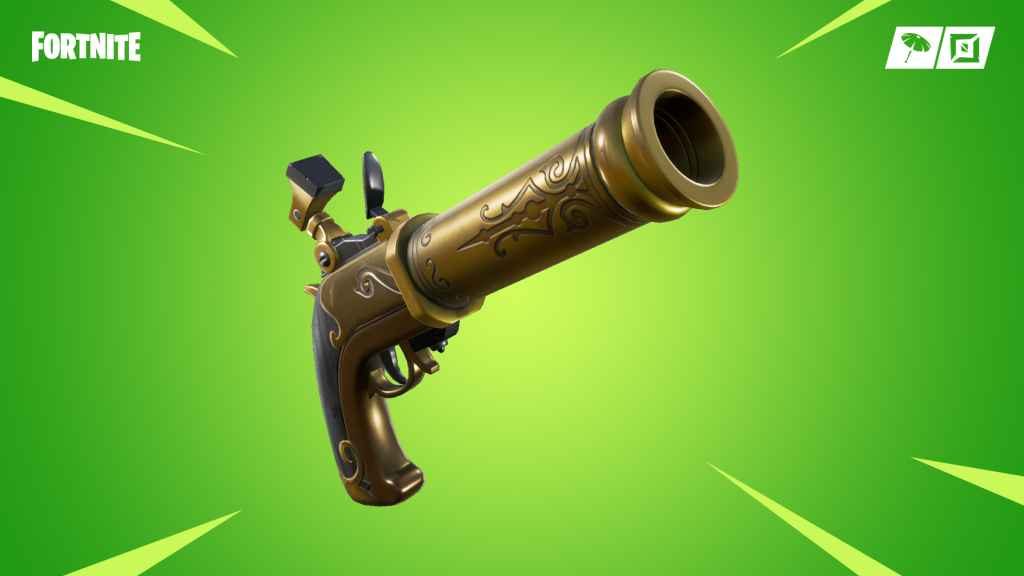 Epic Games has released the official patch notes for the Fortnite v8.11 update.

Slightly smaller than its bigger bi-weekly counterparts, there’s nonetheless plenty for Battle Royale, Creative, and Save the World fans to enjoy.

Headlining this week’s Battle Royale offering is the return of the game’s One Shot LTM.

For those players who haven’t experienced it before, One Shot is perhaps best described as a trickier, more precise version of the standard battle royale offering, due to the simple fact that sniper rifles are the one and only type of weapon available to loot hungry competitors.

To make matters worse (or better, depending on how you look at it), player health is halved, making for some incredibly tense encounters in which the simplest mistake can be fatal.

Standard Battle Royale, meanwhile, receives a brand-new weapon in the form of the thematically-appropriate Flint-Knock Pistol, along with yet another extension to its ongoing Gauntlet Solo and Duo test event.

Additionally, patch v8.11 marks the beginning of an entirely separate Solo event: The Blackheart Cup. Though only those players who have placed in the top 3% globally on any Gauntlet Test Event prior to the start of the tournament are eligible to enter.

Those who prefer exercising their creative muscles rather than engaging in a desperate (albeit virtual) fight for survival in Battle Royale will be pleased to learn that Fortnite Creative gets a brand-new island, titled Black Glass, as part of today’s update.

However, arguably the biggest news, is the introduction of Featured Islands and The Block.

First revealed in a separate blog post published yesterday, Featured Islands and The Block have been specifically designed to both help players share their creations with their peers, and enjoy the very best levels, islands etc. the wider Fortnite community has to offer.

Though budding creators are advised to head over to the original announcement post and read through the official guidelines before submitting.

Fortnite v8.11 Update – Save the World Finally, Battle Hound Jonesy makes his long-awaited return to action in Fortnite Save the World – complete with his explosive rucksack. And he’s joined by a shiny new weapon: the deadly spear Sir Lancelot.

There’s not much else to say about the v8.11 update from a Save the World perspective, really. Save that Epic has also implemented a handful of minor performance enhancements and bug fixes, details of which can find on the official website, along with a comprehensive breakdown of everything else included in today’s patch.