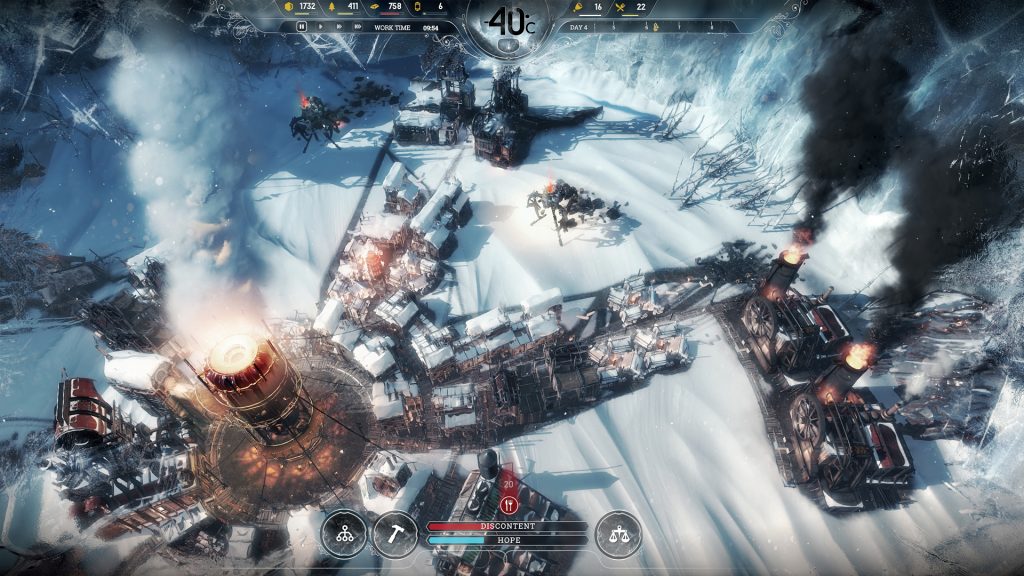 Frostpunk developer 11 Bit Studios has revealed that it wants to have the upcoming Frostpunk Console Edition to offer a superior experience in comparison to the original PC version of the game. The console version has been planned for a while, with the studio having conceived it while they were working on the PC release of Frostpunk.

Speaking with Destructoid, Jakub Stokalski, Frostpunk’s project lead and senior lead designer, revealed that the first stab at the console version wasn’t quite up to scratch, and that it took a lot of work to get Frostpunk up and running to standard on PS4 and Xbox One.

“We always knew we wanted to bring Frostpunk to consoles, even when we were doing the PC version,” he said. “Our resources are not unlimited so we focused on getting the PC version right. But at the same time, as soon as that game went out and did very well for us, we came back to this console project and started working on it. The first prototype wasn’t that great in the sense that we just locked in the controller and tried to go the easy way. Turns out it’s a lot of work to actually make it look and feel great on console and we really did not want to short change our approach.”

While the PC version operated with a keyboard and mouse as you’d expect, the console version was revamped to accommodate a gamepad.

“Pretty much, we redesigned every part of the game to work with a gamepad,” he added, “and we were playing around with it and it was pretty fast. But then you have some of the world’s best players making their cities bigger and bigger, and because this is a game of challenge you’re pressed into some high-pressure situations, we wanted even more flexibility and precision with the controls, so we now use stuff not really present in the PC version like the express menu.”

Frostpunk will launched on PS4 and Xbox One at brick-and-mortar retailers and digitally, and includes all available DLC. However, while it will take advantage of PS4 Pro and Xbox One X, the game won’t support 4K. In addition, a Nintendo Switch version is definitely not on the cards.

“It’s a demanding game,” Stokalski explained, “and we’re fighting to get it running on this hardware and the Switch, as amazing as it is, is still a much weaker console basically.”

Frostpunk is coming to PS4 later this summer.