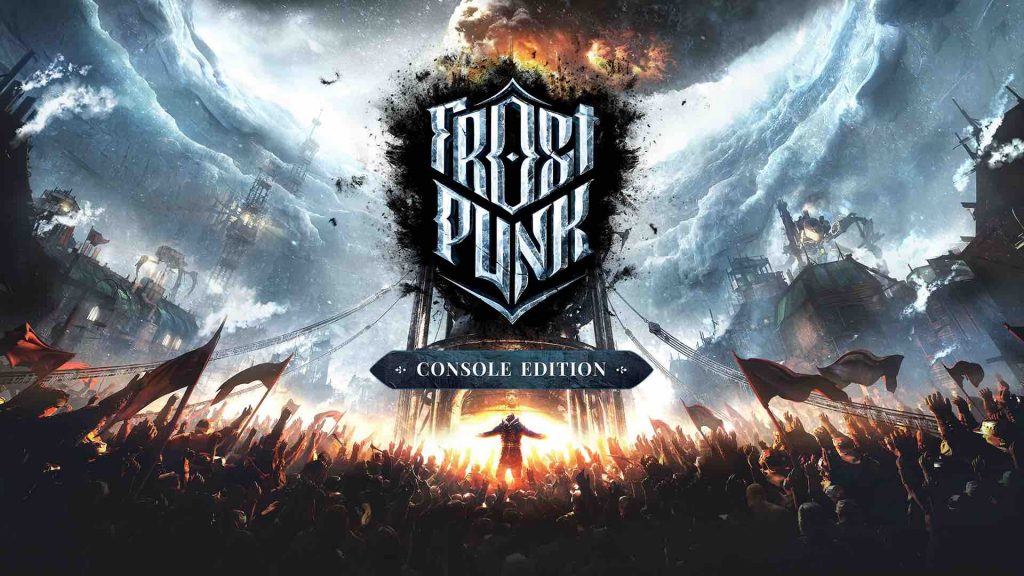 “He who has a why to live can bear almost any how.” Certainly, it’s not until your sources of food have run and you’ve turned to cannibalism that this becomes quite the appropriate Nietzschean insight. Broadly too, Frostpunk arguably embodies this notion wholeheartedly in its pursuit of city building effort that separates itself from its genre stablemates where a happy ending appears an impossible destination on a journey strewn with tough, morality affirming choices to be made.

With the Earth gone to hell in a distinctly frosty hand-basket, there are very few enclaves that can support human life – and this is where you come in. As the shepherd of the bedraggled remains of humanity you must usher them into one such enclave, ensuring that their needs are met and, most importantly understand what type of person you must become to get the job done.

In rather stark contrast to the household scale survival simulation that developer 11-Bit Studios last outing, This War of Mine effected, Frostpunk moves that same survivalist core to a city-wide scale, tasking the player with taking care of hundreds of people, rather than just a small group in a single structure. Owing to this larger scope, the stakes in Frostpunk are much higher as a result as you have a wealth of children, the elderly and the infirm to keep safe in addition to the more abled bodied folk too.

This is something which becomes of great importance early on too – the various structures that you’ll need to build and the numerous types of resource that you’ll be required to forage, can only be accomplished by the able-bodied. As such, this raises some questions in your mind that you really don’t want to confront, and this is where Frostpunk excels.

Frostpunk is all about servicing the needs of your populace. Chief among those needs, as one might guess by the title, is warmth and it’s here that every playthrough of Frostpunk begins similarly – you must kickstart the reactor in order to provide enough warmth to your people that they can begin the resource foraging and infrastructure construction of your frostbound empire.

There are innumerable dangers and dangerous events that lurk beyond the comfortable warmth of your burgeoning diggings, too. Though your attention may find itself largely focused on domestic issues, it soon becomes difficult to function without looking outwardly into the wild where peril and fortune lurk in often exaggerated ratios.

And here’s the thing, the width, breadth and reach of that empire will entirely depend upon your ability to efficiently function as a leader as you deftly balance your pragmatism against moralism. Frostpunk wastes no time in exploiting this particular avenue of emotional, moral and psychological assault too. Fail to adequately feed, entertain or keep warm elements of your population and they’ll let you know about it – demanding some sort of remedial action to alleviate their suffering and it’s here that Frostpunk offers arguably more choice than perhaps any other strategy game on the market.

The bedrock of your governance in this and in just about every regard, is a tome called the Book of Laws from which all manner of civil practice and legislation can spawn. Split between Adaptation Laws and Purpose Laws, the player finds themselves uniquely empowered to affect the fortunes of those survivors who toil under their watchful eye depending on the situation at hand.

Adaptation Laws are effectively legislations that deal with a belts and braces style of economy and best used in those circumstances. A shortage of food for example, might be sorted out by the Food Additives law, which allows you to add sawdust to the meals of your people to keep them fuller for longer – the downside being that the food ceases to become enjoyable with a possible hit on their health (a sawdust diet is, after all, hardly a good one).

Purpose Laws meanwhile deal with civil and social development. The Neighbourhood Watch law allows you to construct an internal militia to not only deal with troublemakers, but also to look after the more vulnerable elements of your settlement – the upshot being that you’re able to construct a new guard outpost building at the expense of the materials and adults to be trained as wards in turn.

The law system feeds directly into Frostpunk’s substantially deep construction and tech trees, too. With a variety of different workshops, smithys, storage units, power infrastructure and increasingly ornate homes for your people to live in, Frostpunk also does a commendable job of functioning as a commendably solid, traditional city builder too, with the numerous new structures that can be unlocked all acting as incentives to continue playing in their own right.

Happily, I can also report that all of the content from the PC version has made the leap to PS4 fully intact too, including all of the post-release content and fixes that the PC owners were able to enjoy after the game had released. In addition, the leap to console has seen a thorough reworking of the UI too, with generous use of radials and shortcutting employed to make governing your settlement as simple as it can possibly be – setting a golden standard in the process for other like-minded efforts to follow.

Equally, whereas other strategy efforts often come dangerously close to drowning out enjoyment on account of overzealous micromanagement or a frustrating sense of aimlessness, Frostpunk deftly sidesteps this potential pitfall by constantly providing the player with a slew of quests and smaller objectives to complete, effortlessly ensuring the rapturous attention of would-be governors as a result.

While Frostpunk then is rife with tough, soul-testing decisions to make in order to preserve your flock, one decision that should be reassuringly simple is buying the game itself – not least because it stands as one the best strategy games of the year. Frostpunk is a tough, expansive and emotionally intelligent city builder the likes of which Sony’s home console has never seen before where the only thing more chilling than the deathly cold is the lengths you’ll go to save your people.

A stellar societal strategy game with a dark, moralistic centre, Frostpunk is a rare genre effort where your actions linger with you long after your time with it has finished. This is tactical, though well-meaning nihilism at its best, and is an easy recommendation to those who want their grey matter tested as much as their heart.