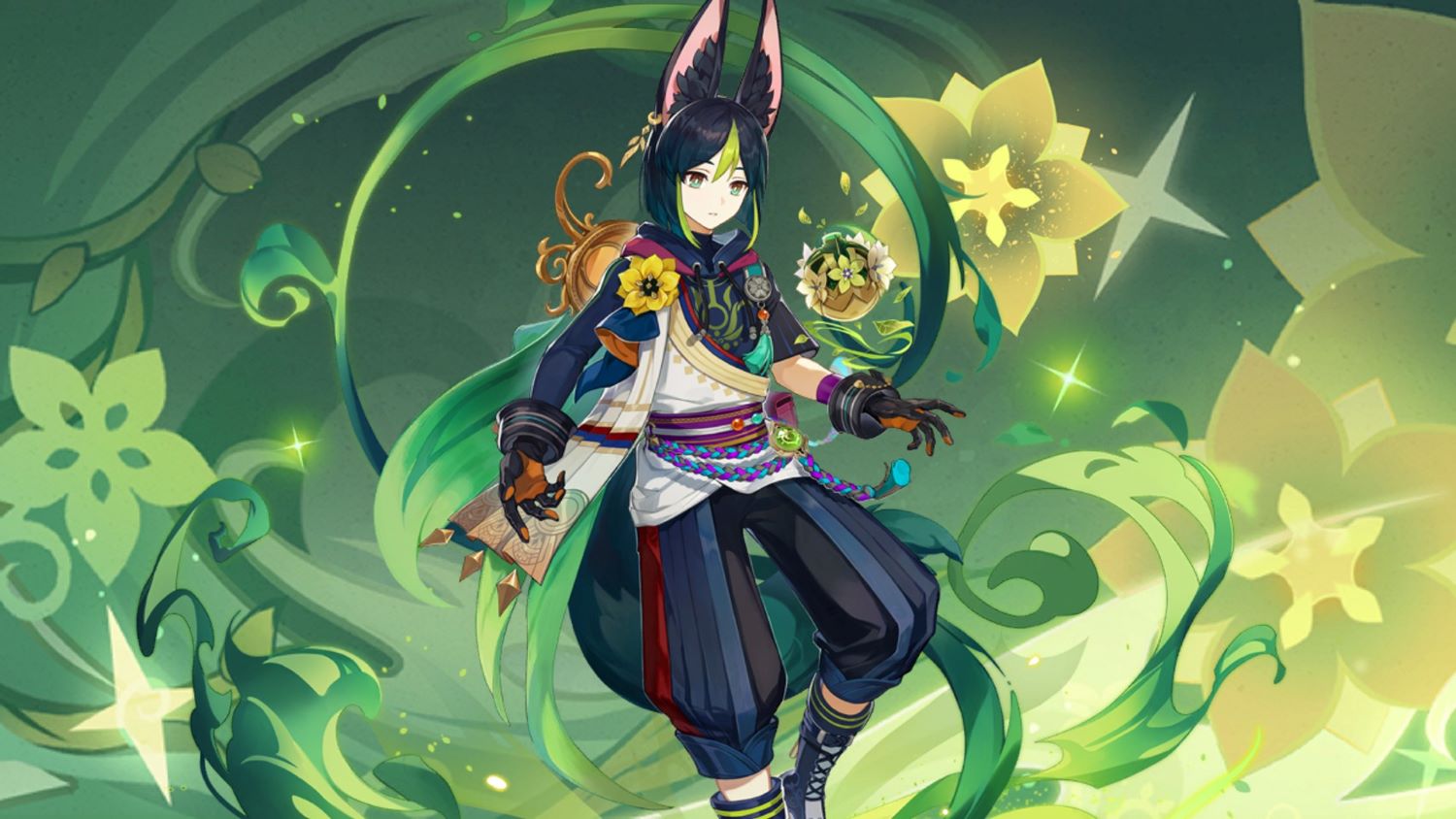 Dendro, the seventh element and vision, is finally coming to Genshin Impact. Tighnari is the first 5-star character with the element, and he’s a bow user. This Tighnari Best Build Guide explains how to get Tighnari’s Ascension Materials and what his best weapons are.

As with new characters, you’ll need the correct ascension materials, Talent books and Artifacts to get the best use out of Tighnari. Unfortunately, since Sumeru is a brand new island coming to Genshin Impact, almost all of Tighnari’s materials will come from the new island. But fear not because there are still ways you can prepare for this arrival with Artifacts and Weapons available right now.

Tighnari is looking to be a Dendro DPS Bow user. As with most bow users in Genshin Impact, most of his damage will come from his Elemental Skill and Elemental Burst and reactions with other elements. You’ll want to build Tighnari with some Elemental Master in mind.

As with all new 5-Star characters, a new weapon is released that best suits that character. In this case, The Hunters Path is the new bow, perfect for Tighnari. Of course, those who can’t get the Hunters Path can opt-out for two other 5-Star weapons, the Amos Bow and the Elegy for the End. If you aren’t able to acquire any of the 5-Star Bows, The best 4-Star Options include The Stringless and the Viridescent Hunt

Increases Normal and Charged Attack DMG by 12%. After a Normal or Charged Attack is fired, DMG dealt increases by a further 8% every 0.1s the arrow is in the air for up to 5 times.

Elegy for the End

Upon hit, Normal and Charged Attacks have a 50% chance to generate a Cyclone, which will continuously attract surrounding opponents, dealing 80% of ATK as DMG to these opponents every 0.5s for 4s. This effect can only occur once every 10s.

For secondary stats, you always want to prioritize in order Crit Rate/Damage, Elemental Mastery and ATK%:

We hope this guide helps you prepare for Tighnari’s release with the Genshin Impact 3.0 Update. If you find additional builds For Tighnari, please let us know in the comments below.