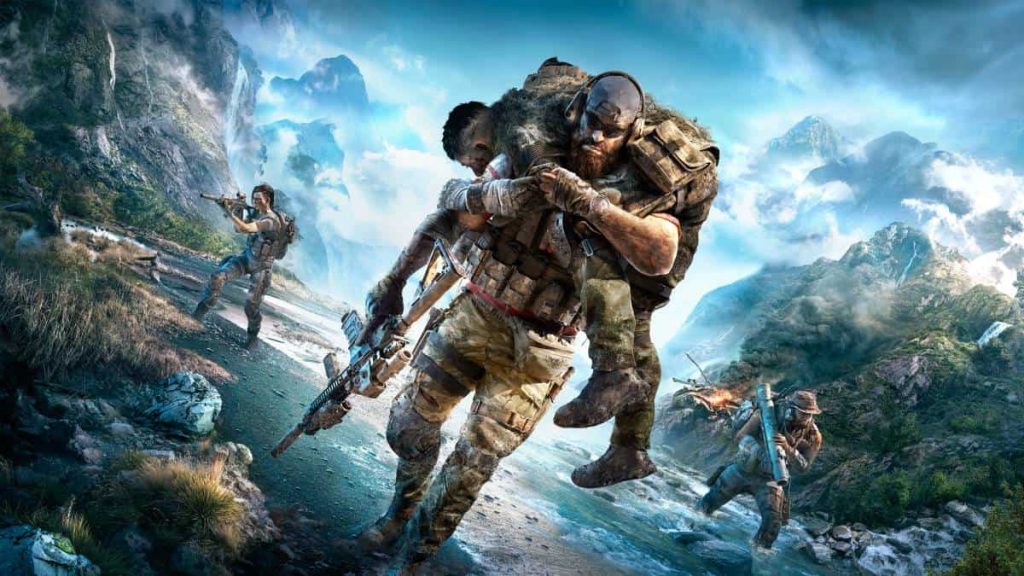 Ubisoft has revealed the Ghost Recon Breakpoint update 2.1.0 patch notes, which will launch on July 15. The patch adds AI Teammates and a number of other news pieces of content. It weighs in at 17.7 GB on PS4.

The latest Ghost Recon Breakpoint update patch notes are as follows from Ubisoft:

The long awaited AI teammates are joining Nomad’s rank in the next TU. Teammates can be activated and deactivated from the lobby menu, and all of them can be customizable from the same menu.

To learn more about the AI Teammates, check out our deep dive article.

This event will bring out 9 new missions:

Those missions will be available for players to pick in the Objectives Board. Each mission fills a gauge that will unlock exclusive time-limited rewards. The missions will be playable again by players once the event is over, but it will not grant more rewards.

We will release our full mission briefing for Live Event 2 on Wednesday, July 15.

To improve the customization in the Gunsmith, we have added the ability for players to select a firing mode by choosing two kinds of trigger: single fire or burst. Whichever mode the player choses, it will only impact the shots fired and not have any impact on the damage done.

To read more about the updates coming to the Gunsmith and various weapons in TU 2.1.0, check out our dedicated article.

In order to make the objective board menu more valuable and engaging to players, information about weapons and attachments is no longer hidden by default.

Even if you have not discovered any intel about a weapon/attachment, it will now show up on the board as a grey tile with the name and silhouette to indicate the weapon family it belongs to.

Once you have found intel on the weapon/attachment, it will now have a tag to easily indicate where it can be acquired. These tags include: PvP, Maria’s Shop, Missions, Raid, Ubisoft Club, and Classes Rank 10.

Players were missing alert messages in HUD due to settings, so visual improvements were made in the messages to fit the HUD settings. Messages were adapted to be displayed with a discrete visual. Immersive mode does not show alert messages anymore except for “warning” and “immediate action.”

New variations to the intel gathering phase between bosses have been added to the raid pool to bring players more variety. Those variations include new information about objectives and new intel for players to collect, which provide different associated stories for each raid boss.

As a reminder, Project Titan resets every Tuesday at 9:00 AM UTC so there will be different intel, objectives, and stories each week for players.

*PLEASE NOTE THAT THE FOLLOWING ITEMS ARE ONLY REDEEMABLE VIA UBISOFT CLUB TO PLAYERS WHO PARTICIPATED IN THE UBISOFT FORWARD STREAM ON JULY 12 AND HAVE THEIR UBISOFT CLUB ACCOUNT LINKED TO THEIR PLATFORM OF CHOICE. IF YOU MISSED THE STREAM, PLAYERS WILL HAVE A FUTURE OPPORTUNITY TO RECEIVE THEM. WE WILL SHARE CLOSER TO THE DATE WHEN PLAYERS WILL BE ABLE TO GET THEM.

Observer Mode
Coming with the new TU is also the Observer mode in the Ghost War custom matches. The Observer mode will allow an extra person to have a global and individual view on the PvP game ongoing. It includes:

PvP UI Widgets
To improve the quality of the PvP mode in the game, we added the option for players to show or hide several widgets and to modify a couple of settings:

Item Drop
Item drop is also a new feature coming to improve the PvP mode in our game. Players are now able to drop items from the item wheel and allow other co-op players to pick them up. You can drop any consumable that is not a class-specific item or the drone.

For example, if you’ve got an extra syringe, drop it for a hurt teammate to pick up and get back in the fight. Have an extra grenade? Spread the firepower to your teammates to corner your opponents.

New Ghost War Missions
Bringing out new content for our PvP players, we are integrating new Ghost War missions. Those new missions will include new challenges and achievements for our players:

Ghost Recon Breakpoint update 2.1.0 is available from July 15 on PS4.