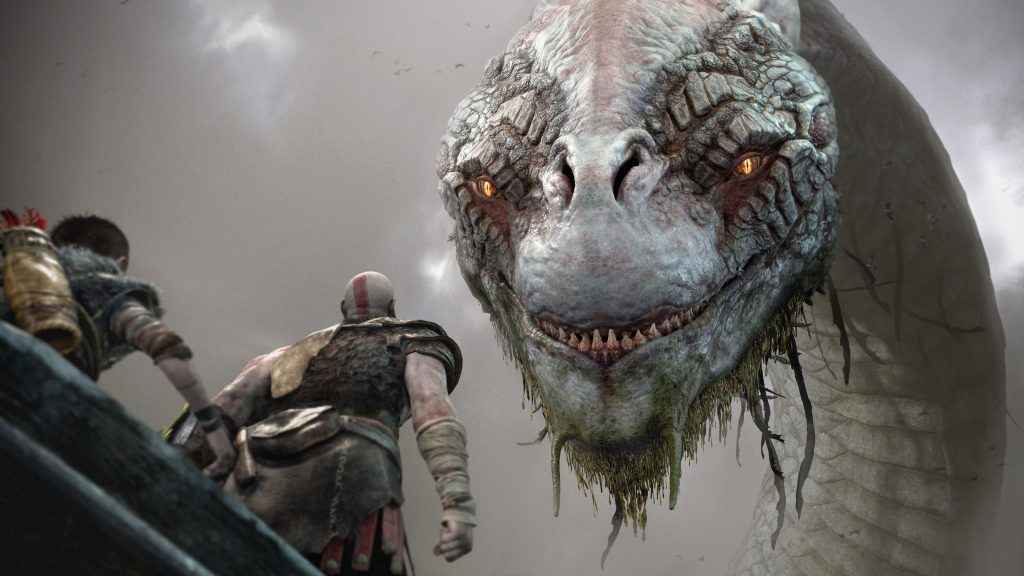 God of War has been out in the hands of the public for a few days now, and as players reach end-game the hunt for Easter Eggs has begun. However, the God of War Easter Eggs are proving tricky to find.

Despite game director, Cory Barlog, stating that God of War is full of Easter Eggs, we've yet to find one, though one of the game’s first major secrets has been found! “There are secrets hidden everywhere” said Sony Santa Monica ahead of release!

At this point, if you don’t want a spoiler about Avengers Infinity War, or would rather you discover this for yourself, then turn away now.

One of the first God of War Easter Eggs to discovered ties in with Marvel Avengers Infinity War. In the movie Thanos has a magic glove called the Infinity Gauntlet and when he sockets three of the six Infinity Stones into it, he can then fire purple waves of power at people (among other things). It’s pretty much his main form of attack later on in the movie.

Do that, and you’ll be able to fire our your purple power in the form of Kratos. Check it out in the video below.

Kratos pretending to be Thanos

One other Easter Egg of sorts that we do know about was hidden in packaging of God of War in the U.S. Players discovered a reversible cover allowing them to change the dynamic of the box art. But what else is out there?

The only other thing so far that we’ve noticed is when Mimir tries talking to the World Serpent, which seems like it could be an homage to Dory Speaking Whale in Finding Nemo. This could just be us thinking too hard though! Anyone else think that?

So, we're asking you! Surely someone out there has found something that the developer hid but really wanted us to find. If you've found any Easter Eggs in God of War, let us know in the comments below. And if you’re looking for more God of War related goodies, check out our walkthrough.