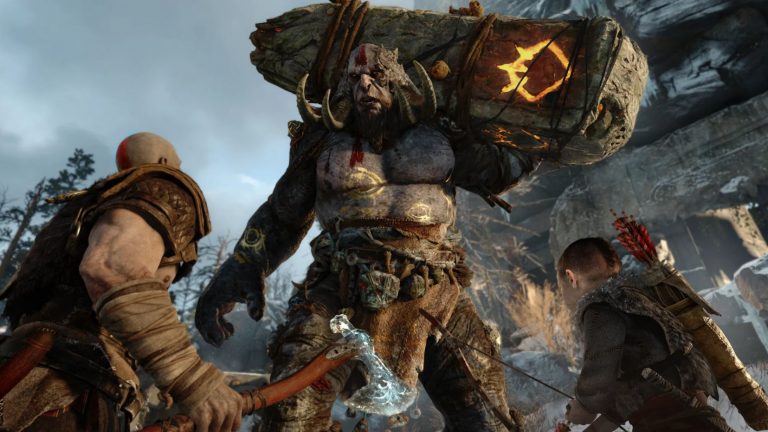 God of War PC developer Jetpack Interactive has announced the full specs sheet for the upcoming action-adventure, which reveals that you’ll be able to enjoy Kratos’ fatherly epic at 4K/60 FPS if you’re running an extremely powerful PC.

As previously confirmed on the PlayStation Blog, God of War, which originally launched on PS4 in 2018, will be arriving on PC in January 2022 complete with DualSense support and more. Original developer Sony Santa Monica Studio is serving in a supporting role for the project. 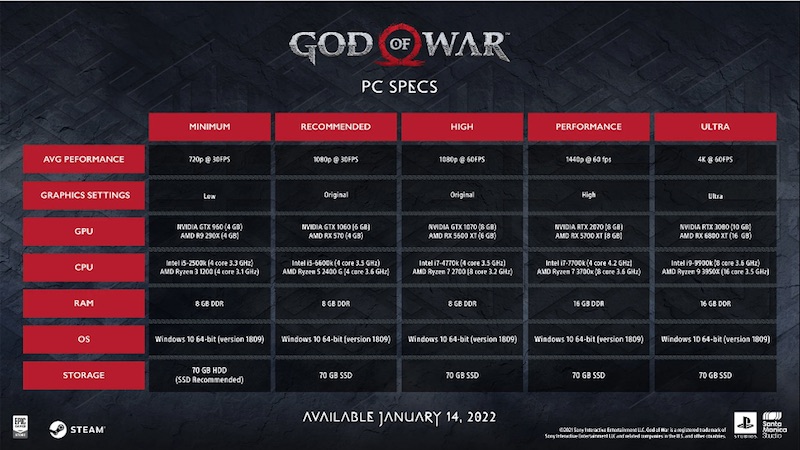 God of War will launch for PC on January 14, 2022. Sony announced back in October that the game had sold 19.5 million units worldwide, making it one of the most successful PS4-exclusives released to date.

Developer Sony Santa Monica Studio is currently working on God of War Ragnarok, which will launch for PS4 and PS5 in 2022. A concrete release date has yet to be announced.