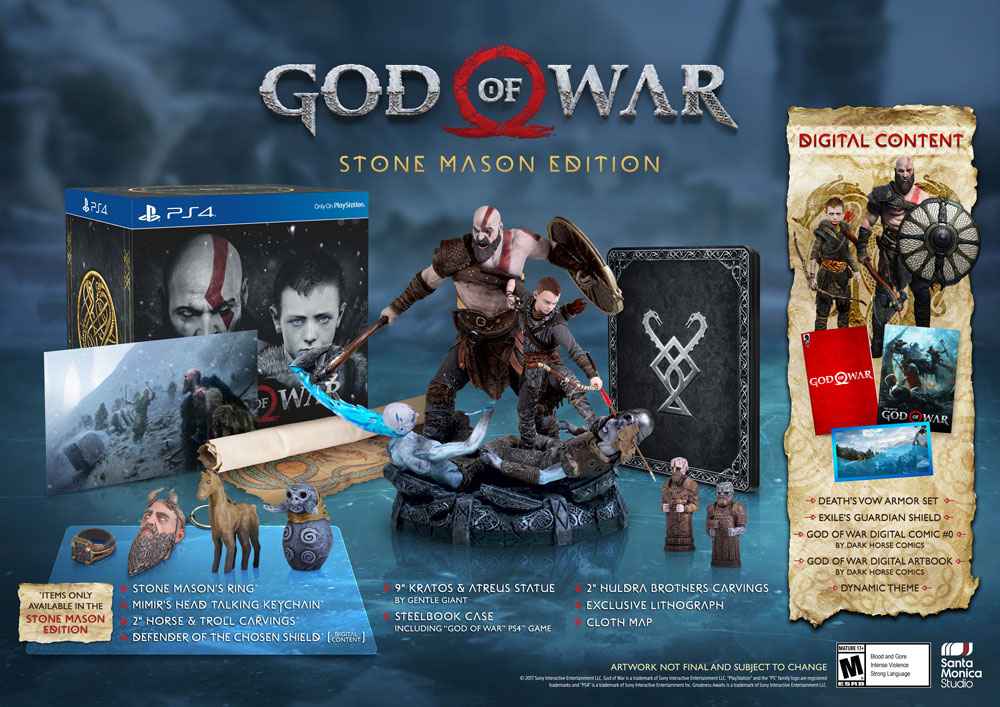 The God of War Stone Mason Edition has been spotted on Gamestop with a retail price of $149.99.

For that price, you'd expect it to come with cool swag, and it doesn't disappointed with a ton of stuff, including digital content.

According to the listing, the God of War Stone Mason Edition will come packed with the following goodies, including the full God of War game for PlayStation 4.

God of War is due for release exclusively on PS4 later this year. In an interview earlier this week, we got to hear about the decision to switch Kratos’ blades to the axe, and how it affects gameplay.

Anyone going to be picking this up?