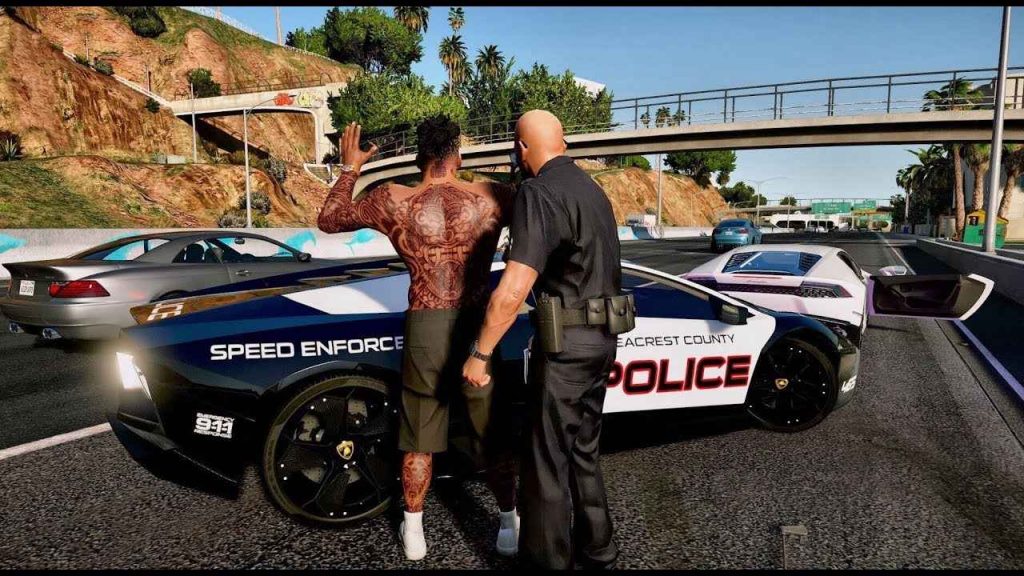 The foundations are laid for Grand Theft Auto 6. Rockstar Games’ experience with multiple titles in the long-running series, including the latest game, GTA V – not to mention GTA Online and the dozens of updates that have been released since its launch in 2013 – means that the developer is well prepared for its PS5 debut.

Though GTA 6 has yet to be announced, there’s no question it’s coming. Where there’s big wads of cash to be made from its huge fan-base, you can get bet it’s been in the planning for some time. So, it’s not a matter of IF GTA is coming to PS5, it’s really just a matter of when.

Is Grand Theft Auto 6 Coming To PS4 And PS5?

But, what are the chances of GTA 6 appearing on PS4 first before PS5? It’s certainly within the realms of possibility as Rockstar made that exact move with Grand Theft Auto 5, which launched on PS3 before heading to PS4 about 14 months later. Players had a certain amount of time to transfer their progress, but had to rebuy the base game.

Well, they had a choice not to, but you only have to look at the sales figures to see that many players did exactly that, resulting in astronomical sales for GTA 5, reported to be over 90 million as of November 2018 – compared to the 91.6 million PS4 units currently in households around the world. Thus making GTA 5 the best-selling entertainment product ever. A large chunk of GTA fans would do exactly the same again, despite their complaints about feeling ripped off for buying the same game twice.

Rockstar cashed in big time. Why wouldn’t they want to replicate that? Looking at the gaps between releases of Grand Theft Auto III, IV and V, it’s exactly seven years between each one. If Rockstar carries on with that pattern, then GTA 6 could well be planned for 2020. This is exactly around the time that PS5 is rumoured to be released.

My gut feeling tells me that Grand Theft Auto 6 will launch on PS4 in 2020, grabbing the attention and the wallets of its millions of fans prior to the release of the next-gen console. Despite players knowing that it will be available on PS5, they’ll still want it day-one. When PS5 arrives, possibly as late as Spring 2021, Rockstar has already done the groundwork for next-gen. The hype will be off the scale for PS5, like it is with any big new console launch, and its millions of fans won’t be able to resist buying it for second time on PS5.

But What Do Analysts Say About GTA 6 on PS5?

Speaking to Gamingbolt, industry analyst Michael Pachter, doesn’t agree. “I say it comes out after 2022,” he said. “Remember, Red Dead Redemption 2 comes out eight years after the first one – so the idea that GTA 6 comes out before 2021 seems ridiculous. And Rockstar, the only announcements they’ve ever made more than a year before launch was because the launch itself was delayed. So best case, GTA 6 gets announced in 2020 for a 2021 release.”

I don’t know. I think it’s a big ask for Rockstar to have a new GTA game ready for 2020, considering Red Dead Redemption 2 has only recently launched and there’s work to be done still with Red Dead Online and GTA Online, but the financial gain to be made from launching GTA 6 on PS4 first before PS5 seems too big of a wasted opportunity.

What Game Is Rockstar Working On Now?

So, what do we know about what Rockstar is up to at the minute? Well, aside from working on the evolution of Red Dead Online, we do know they’ve been on a recruitment spree of late. This includes looking for artists and developers with a talent for MoCap and facial animation for “next-generation worlds”. Speculation is rife that this could be GTA 6, but I’d imagine we’re still a long way finding out for sure.