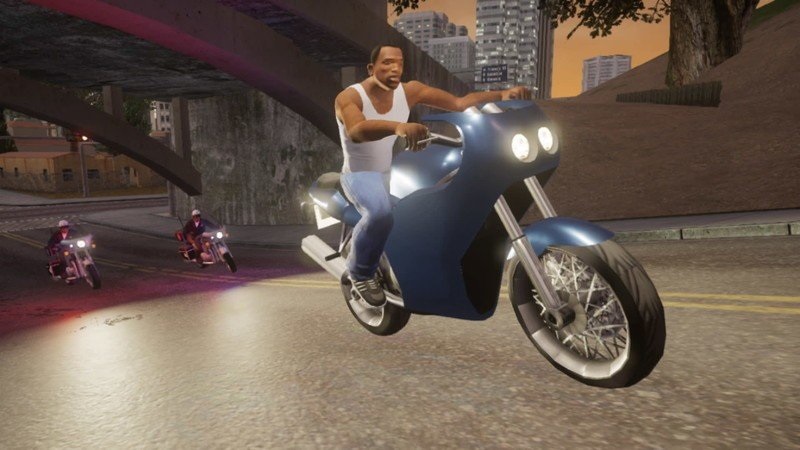 Grand Theft Auto: The Trilogy – The Definitive Edition hasn’t had the exact launch that Rockstar would have liked. In fact, they’ve even apologized for it, and released a massive patch hoping to fix the game’s problems. Unfortunately for Rockstar, that doesn’t seemed to have happened yet.

While the patch released earlier today was said to fix plenty of the bugs and problems, many still persist. As this Reddit user can attest, the rain in particular doesn’t look much improved at all.

More than that, whole parts of the environment still disappear, as you can see in this video posted here to Twitter.

This is a lie. I just downloaded the patches on Xbox Series X and many of the glitches they claimed to have fixed are still alive and well.

The bridge is still invisible.

These players aren’t the only ones who’ve continued to experience problems, as both posts contain comments from other players still experiencing issues.

Again, it feels like it should be said that what has happened with this launch is just wild. Three games all old enough to vote not being able to run on modern hardware without issue just doesn’t make a whole lot of sense, even more so that Rockstar claims these issues were “unexpected.”

As I said before, CD Projekt Red said the same thing about Cyberpunk 2077’s issues, and that turned out to be a lie. Rockstar has been a huge developer and publisher for a long time, so it becomes more and more unbelievable that the large issues which still persist were missed in development.

For now, Grand Theft Auto: The Trilogy – The Definitive Edition is seemingly 2021’s Cyberpunk 2077 in many ways, though at least Cyberpunk 2077 had the excuse of trying to be very cutting edge and new, and was not 20 years old.