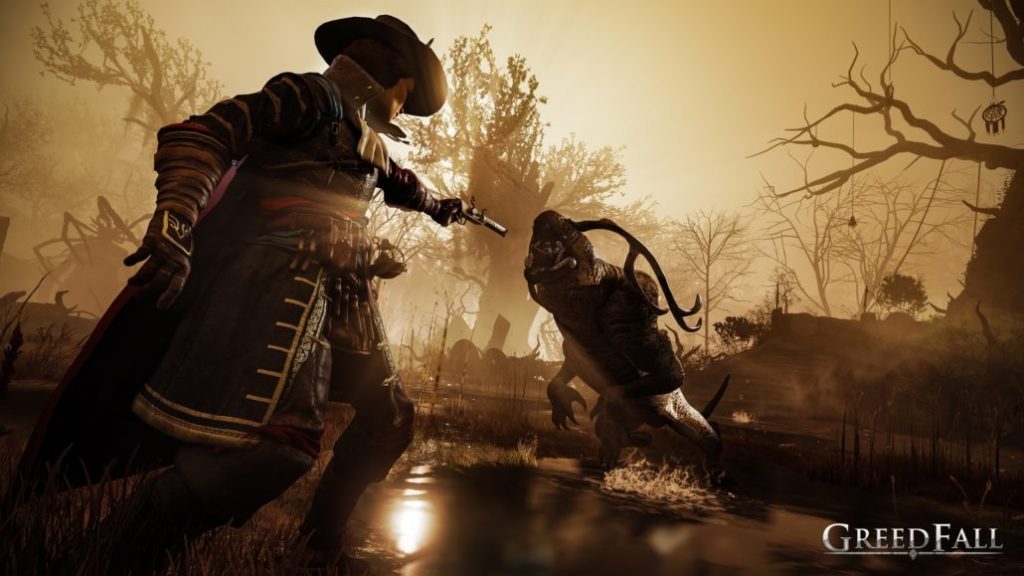 Spiders has released an extensive GreedFall gameplay walkthrough video for you to sink your teeth into, offering 14 minutes of moment-to-moment gameplay for the ambitious-looking fantasy-RPG. If you missed the companions footage released earlier this month, be sure to check it out here.

The latest footage for GreedFall takes us through various key areas of the game, including exploration, combat, customisation, and more. While there are plenty of options to employ in battle, Spiders notes that in addition to tackling enemies head on, you can employ stealth to avoid confrontations entirely, which is still a valid strategy.

Here’s a small overview of the footage:

As this gameplay shows, the wilderness of GreedFall is home to many strange and dangerous creatures, especially after dark—but there are more ways than one to overcome them. Experiment when selecting your skills and branch out into firearms, magic, alchemy, and more!

Check out the GreedFall gameplay walkthrough below.

GreedFall is scheduled for release on PlayStation 4, PC, and Xbox One on September 11. Developer Spiders recently touched on the game’s length, revealing that players can expect to put over 30 hours into GreedFall, even more so when you factor in side quests.

Furthermore, the game will also incorporate multiple ending sequences, so there’s more than enough reason to have another crack at it after you’ve finished it. GreedFall will also support 4K and HDR for the PS4.

Like any good fantasy-RPG worth its salt, GreedFall features player decisions that have a direct affect on the game’s story, as well as the relationships between the island’s factions.