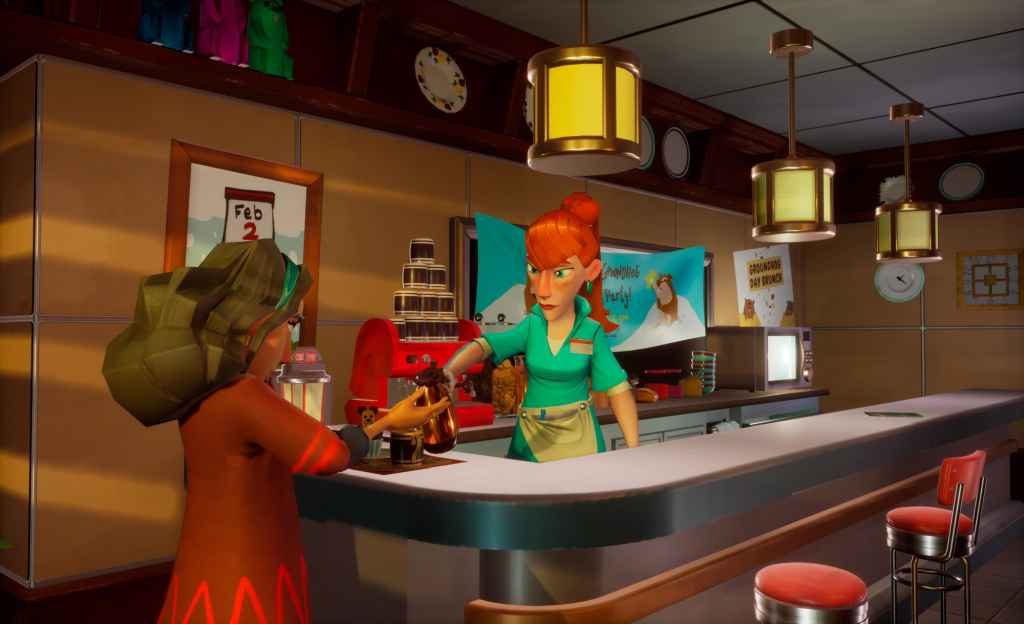 Tequila Works – the developer behind RiME and The Invisible Hours – has announced that Groundhog Day: Like Father Like Son will release later this year on PSVR, HTC Vive, and Oculus Rift.

The announcement was made on the US PlayStation Blog over the weekend.

Although Tequila Works has yet to provide a concrete release date, the developer hasn’t been backward in coming forward as far as story and gameplay details are concerned.

We know, for instance, that the game forms a direct sequel to Groundhog Day: the 1993 black comedy starring Bill Murray and Andie MacDowell. With players assuming the role of Phil Connors Jr.

Like his father before him, the arrogant but charming Connors Jr. finds himself trapped in an interminable and seemingly endless time loop that forces him to re-live the same day over and over again. Only, this time around, the day in question just so happens to be the worst of his life.

He’s trapped back home in Punxsutawney, the small town he thought he’d escaped — where he can’t even get a decent cappuccino — and he’s going to have to repeat the day over and over until he learns the true value of friends and family.

Mechanically speaking, Groundhog Day: Like Father Like Son is an adventure game. However, according to Tequila Works it goes one step further than other PSVR titles of the genre, in that it makes the player “an active, disruptive element in the story, giving them more narrative choices to have a key influence on the storyline.”

Consequently, players will be able to enjoy multiple branching narratives; increasing the game’s replayability whilst also providing “a much stronger sense of physical interactivity… [and] a deeper emotional connection to the non-playable characters.”

Add to that the writing talents of James Siciliano (Rick and Morty) and Telltale’s Joshua Rubin, and we could well be talking about Groundhog Day: Like Father Like Son as one of 2019’s best PSVR offerings.