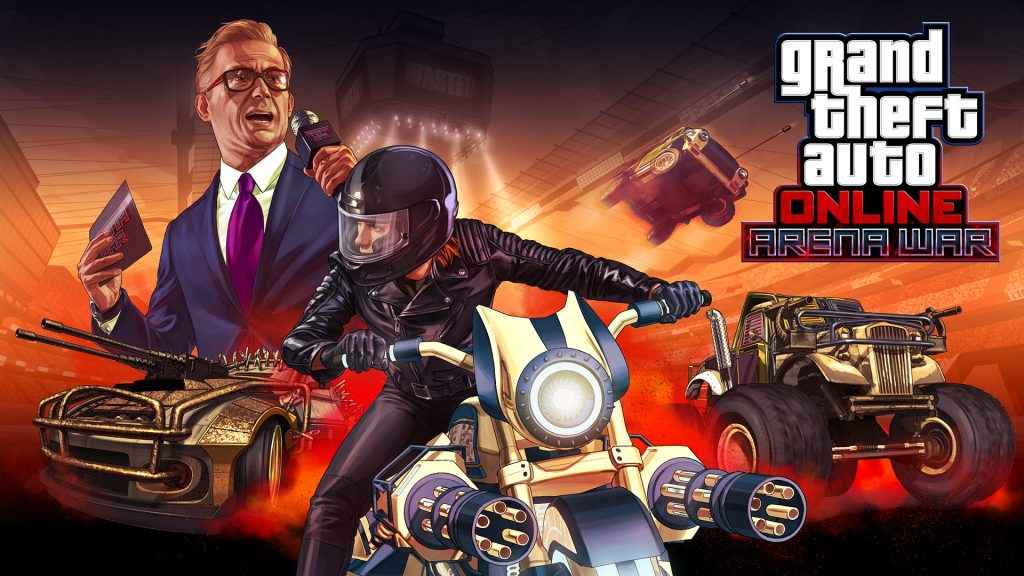 Revealed during a recent post on the GTA Online website, Arena War expands the game even further with a new form of gladiatorial, Mad Max-style vehicular combat.

Sign up and embark on an entirely new career under the stratospheric dome of the Maze Bank Arena, one that involves turning your opponent’s brains into pulp on the steering wheel in the name of entertainment, courtesy of Alan Jerome Productions.

Arena War features a total of “seven explosive new modes”, according to Rockstar. Although exact details as to what these disparate modes entail have yet to be provided. What we do know, however, is that Arena War will introduce an entirely new type of vehicle designed specifically for its unique brand of automotive destruction.

It also sounds like Arena War will boast its very own progression system, with the Arena Points earned through play being used to acquire “even more toys to take into the Arena or out onto the streets”. By toys, Rockstar, of course, means deadly weapons and homicidal vehicle mods.

Will you be trying out Arena War later today? Or are you still up to your fetlocks in Red Dead Online? Be sure to let us know in the comments.