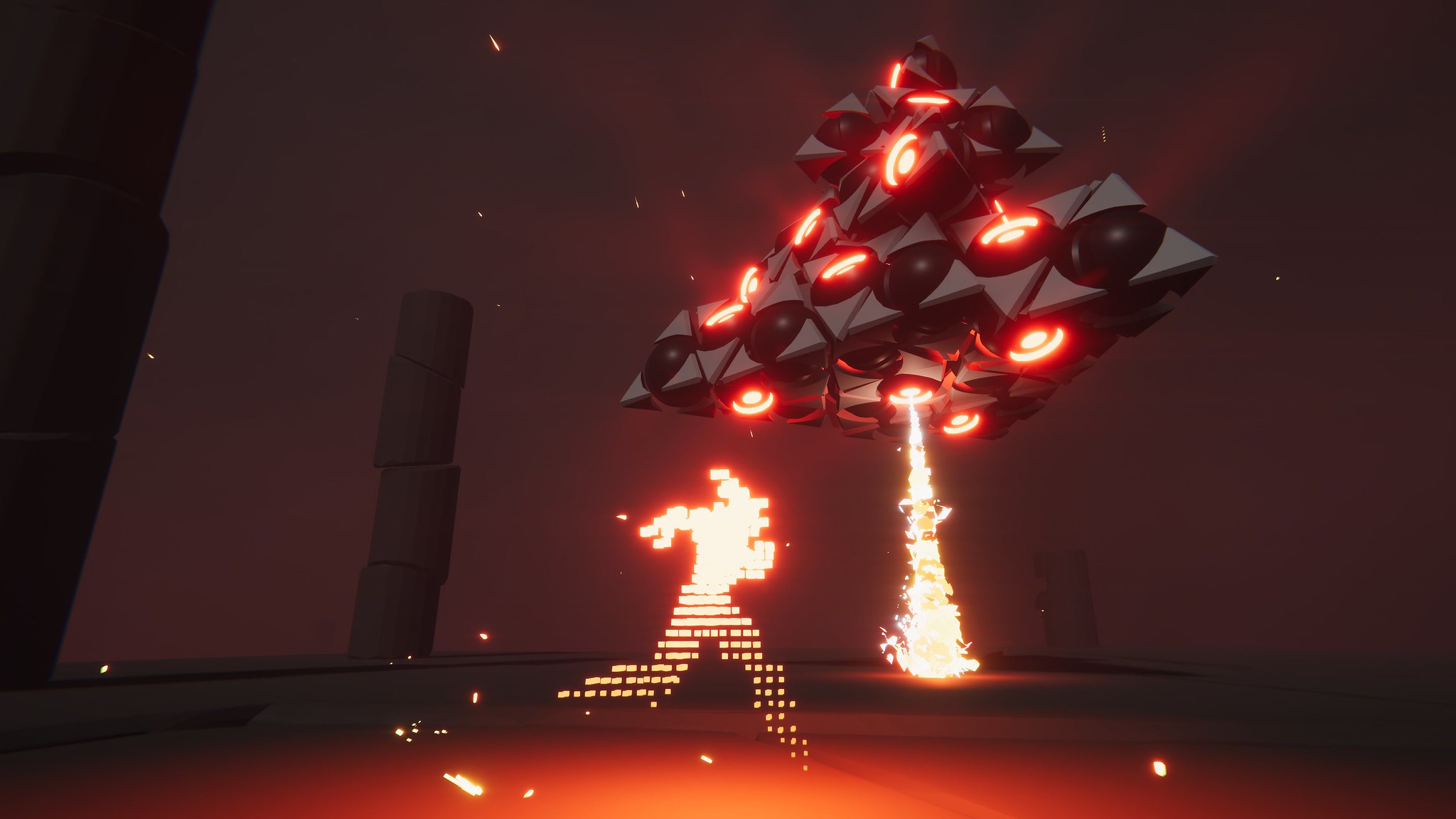 If you haven’t been followed in Recompile, the game marries classic Metroidvania trappings with a dynamic narrative, with players exploring the ancient ruins of the Mainframe while exploring, fighting and hacking their way in an effort to survive and uncover the mysteries within.

Recompile is noted for being the first Metroidvania-style video game to offer up highly dynamic critical paths, with your play style and choices resulting in a unique narrative based on your decisions.

As mentioned, hacking is a vital component in the game, as every feature in the environment — from power grids, locked doors, to huge enemy machines — are powered by interconnected logic gate circuitry that you can take advantage of.

In your role as The Program, players are faced with the choice of helping or hindering the Mainframe denizens, and you’ll be supported in your adventure by a range of powerful weapons and abilities to help you defend yourself and survive.