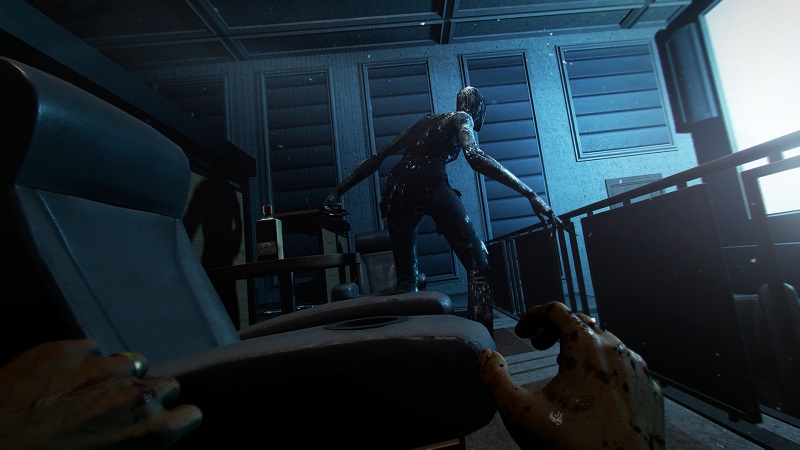 Wraith: The Oblivion – Afterlife PSVR Preview. With its assortment of vampires, werewolves and now vengeful spirits, it’s certainly fair to say that the World of Darkness tabletop setting has a vast roster of supernatural folks to pull on for videogame adaptations. In Wraith: The Oblivion, from the same developer behind underrated PSVR titles The Curious Tale of the Stolen Pets and Apex Construct, it’s the turn of the various specters and dark forces which lurk behind the veil to have their time in the spotlight. Months away from release, how does this latest World of Darkness videogame adaptation fare at this early juncture?

First things first, it’s clear that developer Fast Travel Games knows how to make the most out of the immersive opportunities afforded by PlayStation VR. By leveraging a first-person field of vision and intricate three-dimensional sound, Wraith: The Oblivion – Afterlife wastes no time in consuming players within the ethereal nihilism of its grim realm as sounds of distant horrors can be heard, while unspeakable horrors lurk on the boundaries of your peripheral vision. 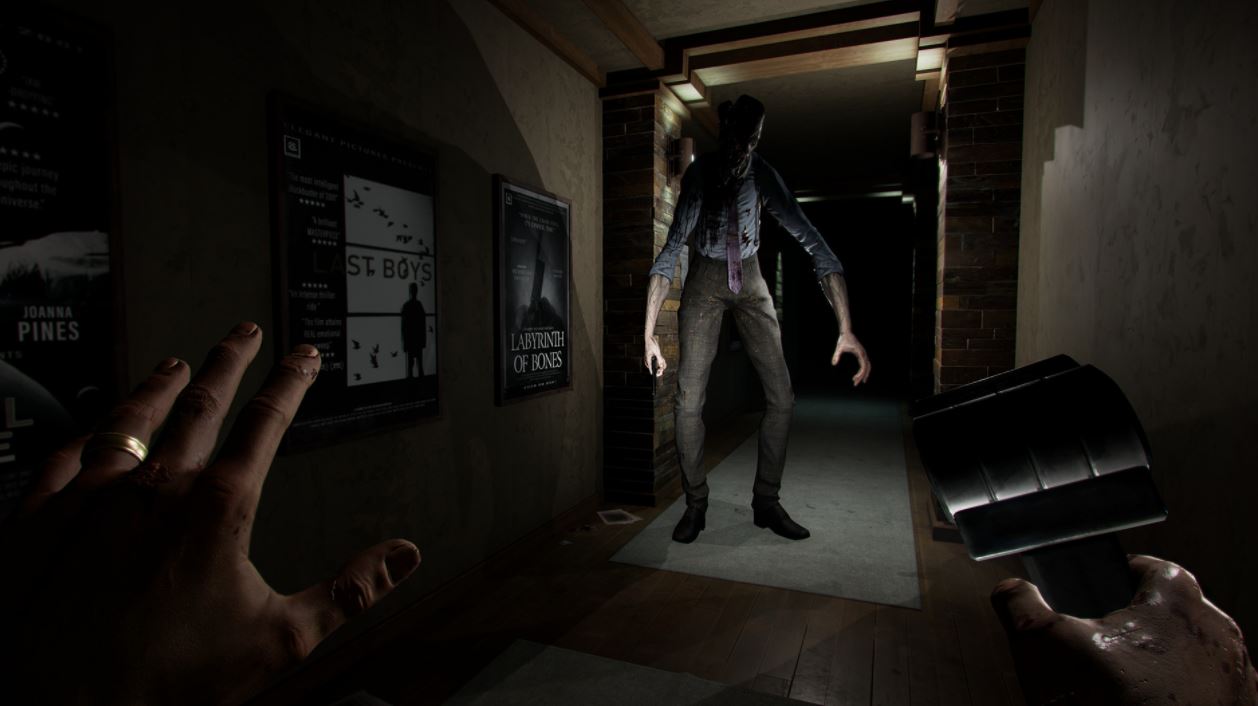 As Ed Miller, a photographer who dies violently during a mysterious séance, players become the titular Wraith, an incorporeal being that is bonded to the mansion grounds in which the séance took place, forever hellbent on discovering the cause of his untimely demise. To achieve this goal, Wraith: The Oblivion – Afterlife has you poking around the aforementioned mansion grounds in search of clues as uncover the grim events that proceeded poor Ed Miller’s journey to the other side.

Wraith: The Oblivion – Afterlife Is Shaping Up To Be A Somewhat Ponderous, Though Hugely Unsettling Horror Effort

In practice, the game has you discovering flashbacks of interactions between the other inhabitants of the mansion in addition to discarded notes, books, journals and so on which all allow you to start piecing together the events leading up to Miller’s death, while a spectral camera can be used reveal secrets that were previously invisible to the naked eye. There’s seemingly no combat in Wraith: The Oblivion – Afterlife either, as other, more evil specters and other such monsters must be avoided in a stealthy style fashion too (simply plodding along will blind most of them to your presence).

It’s fairly straightforward stuff to be fair, but things are spiced up by the fact that Wraith: The Oblivion – Afterlife leverages something of a neat plot mechanic in the form of the ‘Shadow’. Described by the developers as the ‘devil that sits on your shoulder’, this proves to be an apt description as the Shadow provides an endlessly creepy inner voice that not only helps the player to acclimate to the spirit world, but also torments you, relentlessly, about your death and the bottomless abyss that you now face for eternity. It’s certainly atmospheric stuff for sure and it greatly adds to the indelible feeling of deathly dread that the game manages to convey so well. 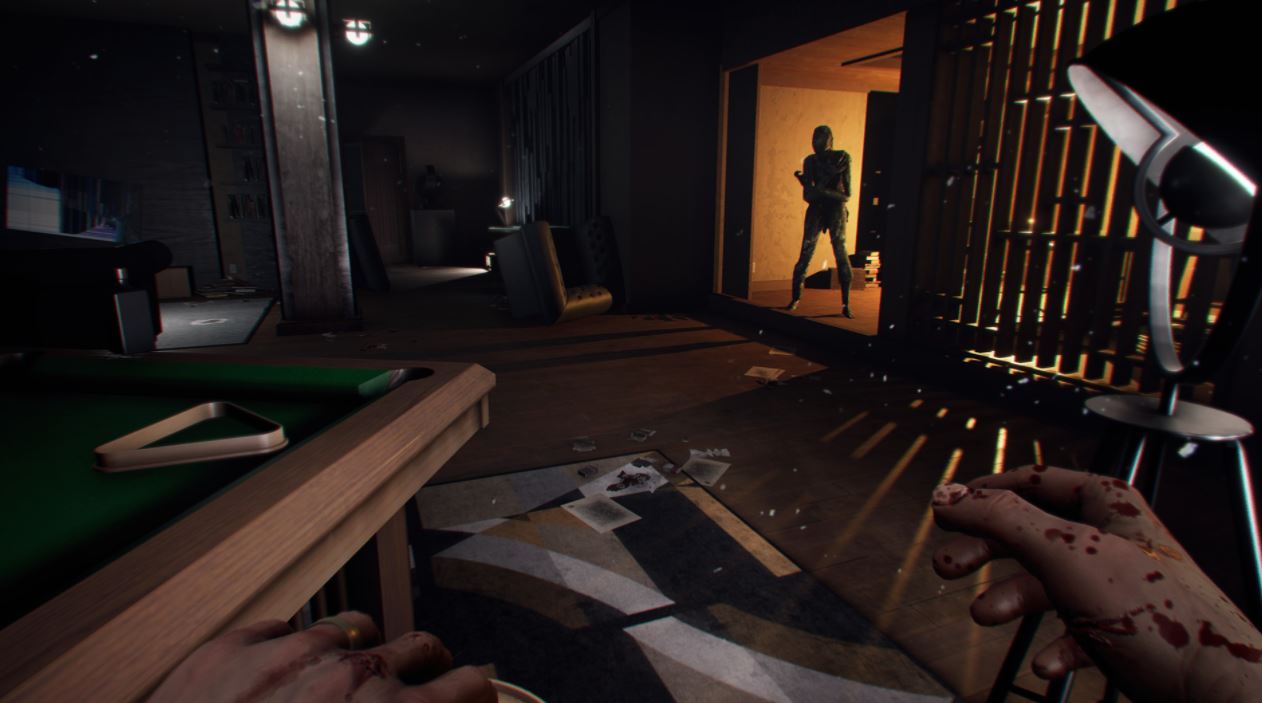 Likewise, in addition to the audio side of things, it turns out that Wraith: The Oblivion – Afterlife is really quite accomplished from a visual perspective too. As you delve deeper into the mansion, you’ll discover an immaculately rendered abode that is flush with detail at every turn, while the various specters and horrors that haunt you are all rendered with sort of terrifying detail and clarity that you might expect (seeing random dudes with rotten faces hung up around the joint randomly screaming will not never not be horrific).

Right now however, Wraith: The Oblivion – Afterlife does find itself blighted with somewhat fiddly controls. Though traversing around the mansion is simple enough and being able to switch between teleportation and smooth movement systems is most welcome, actually picking up objects at range (you have a nifty ability that allows you to compel objects into your grasp) is quite fiddly and takes a while to get used to.

Equally, sure enough, first-person VR horror efforts are not lacking on PlayStation VR. With the likes of Here They Lie, The Exorcist VR and Resident Evil 7 all covering something of broad spectrum within the genre, what Wraith: The Oblivion is broadly doing here, isn’t really that new or ground-breaking. And while some might bemoan Afterlife’s much more leisurely pace than any of those aforementioned titles, it still looks like it’s shaping up to be a thoughtful and genuinely unsettling horror effort all the same.

Wraith: The Oblivion – Afterlife is set to release on PSVR sometime later in 2021.