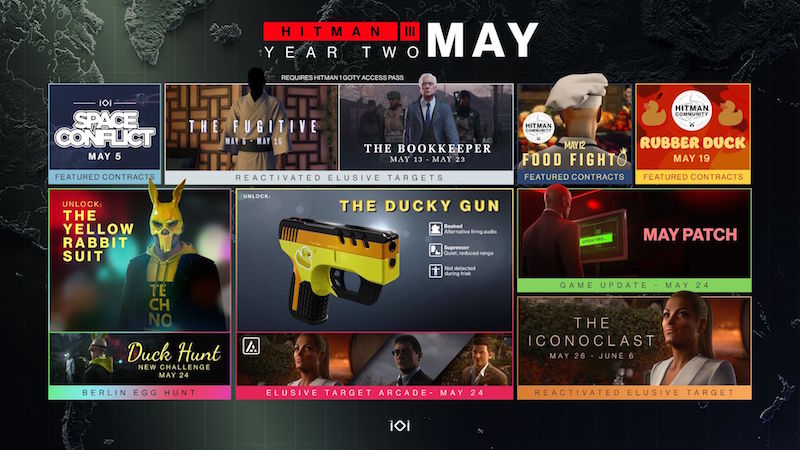 IO Interactive has unboxed the Hitman 3 – Year 2 roadmap, which features content for May 2022 and beyond. This includes a new Freelancer update, an extra map, and heaps more to tuck into. Check out full details below.

The Freelancer Update is among the biggest additions coming to Hitman 3, which will launch in the second quarter of the year. Here’s the full lowdown from IO Interactive:

Before that however, there’s tons of new content to tuck into for the month ahead. Things kick off today with the Space Conflict Featured Contact, and will be followed by reactivated Elusive Targets The Fugitive (May 6-16) and The Bookkeeper (May 13-23). May 12 adds the Foot Fight Featured Contact, with the community-based Rubber Duck dropping on May 19.

Meanwhile, May 24 will see the release of a new Hitman 3 update, which will be joined by Elusive Target Arcade and the Berlin Egg Hunt. Following this will be the Elusive Target The Iconoclast, which runs May 26 – June 6. New unlocks for May include the Yellow Rabbit Suit and the Ducky Gun.