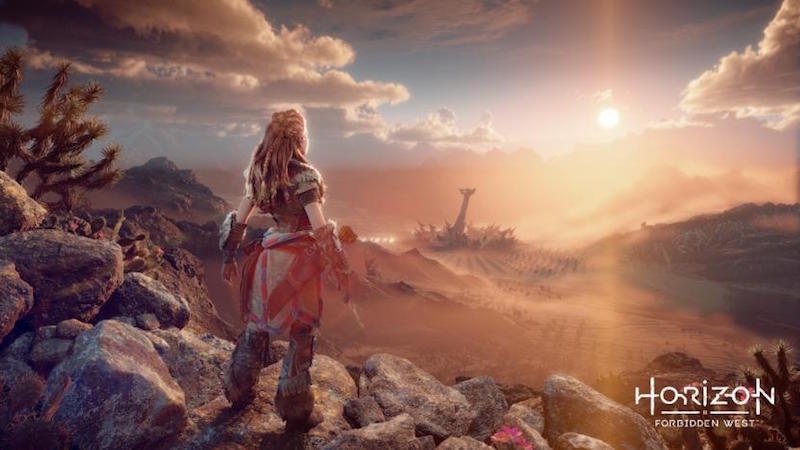 Guerrilla Games‘ Horizon Forbidden West has suffered a leak ahead of release next month, with a early build of the upcoming PS4 & PS5 sequel finding its way into the public domain.

Yesterday, images of what was reportedly the PS4 version of Horizon Forbidden West surfaced on social media, and VGC has been informed that the leak is the real deal. While it’s missing some art assets, the early build features all the key content planed for the final release.

Unsurprisingly, the images have been puled off line as a result of “a report from the copyright holder,” which does suggest they are indeed legitimate.

Horizon Forbidden West is scheduled for release on PS5 & PS4 on February 18, 2022. Recently, Guerrilla Games has been busy sharing new details on the sequel, including the fact the game will add better rewards for side quests and that players will be spending more time with key characters.

The original Horizon Zero Dawn launched for PS4 in February 2018 and has gone on to sell more than 10 million copies worldwide, and was later ported to the PC.