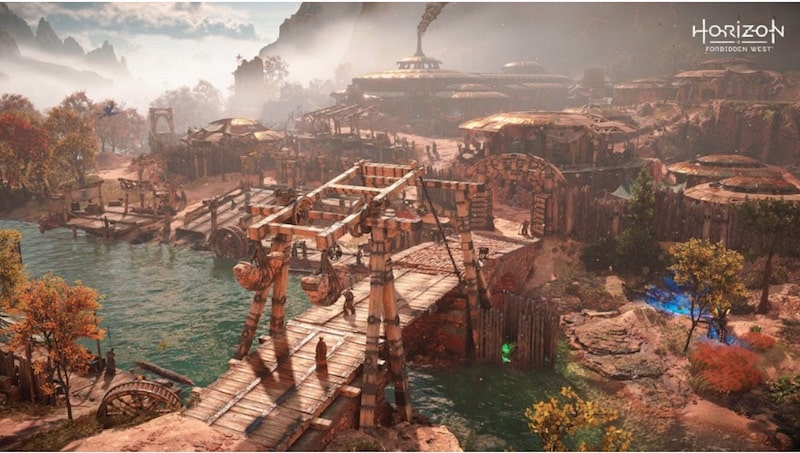 Guerrilla Games has taken to the PlayStation Blog to reveal a slew of fresh details on Horizon Forbidden West, this time spilling the beans on its vast, open-world setting and the inhabitants Aloy will bump into.

For starters, NPCs have been improved substantially, as each non-combatant will form part of a reactive crowd system.

In addition, an attitude system has been implemented to determine their personalities, so you’ll find yourself brushing shoulders with plenty of unique individuals along the way — it doesn’t sound like anything will be a copy and paste job here.

Meanwhile, the game’s tribes will all possessed their own unique behaviour and animations to make them instantly recognisable.

Ultimately, our goal is to make sure NPCs feel connected to where they live, and we work closely with other internal teams, such as Narrative, Quest, and Environment, to make sure that every location feels authentic.

Every non-combat NPC in Horizon Forbidden West is part of a crowd system. Within that system, you can create rules such as reactions, walking paths, and other animations. We then also have the attitude system, which determines a personality. This means we can create unique people who behave like individuals within the world.

Guerrilla Games recently delved into how it has expanded on the game’s machines that you’ll be coming up against, which now feature more unique behaviour.