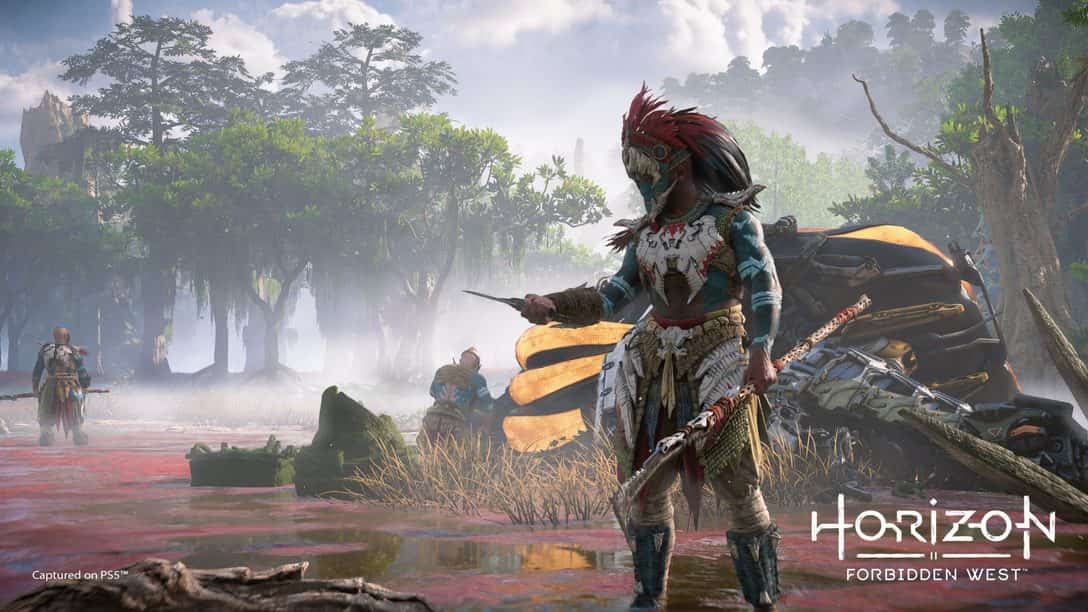 Guerrilla Games has lifted the wraps off a fresh look at Horizon Forbidden West, this time looking at the various tribes that Aloy will encounter in the sprawling open-world.

Have a butchers at the new video below.

Horizon Forbidden West is scheduled for release on PS5 and PS4 on February 18, 2022. It’s one of a few upcoming first-party release due out this year that will be coming both systems, although this is likely to change in the next year or so as developers look at unearth more of PS5’s horsepower.

Guerrilla Games has been busy keeping the hype train rolling for the past few months, offering players a look at various aspects of Horizon Forbidden West. This includes new machines, NPC behaviour via the new attitude system, as well as an increased focus on player choice in combat.