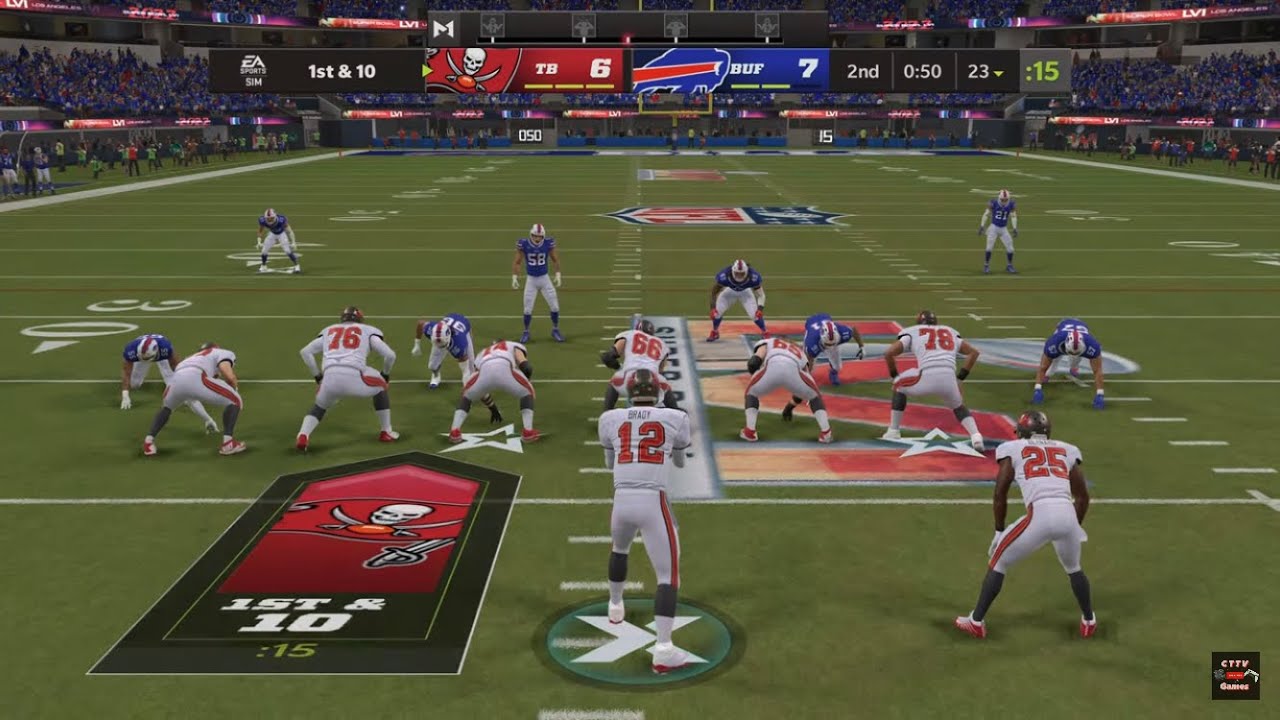 Half-year down the line, and it is safe to say that Madden NFL 22 is a step in the right direction, and probably one of the best football games ever released. With its millions of players, Madden NFL is one of the most desired sports games in the world.

EA releases new versions of the game every year, and they include some changes in the gameplay, overall feel of the game, and graphics both good and bad. Madden NFL 22 is a great game that provides a more lifelike experience, despite the minor bugs like the “stuck menu” that can be frustrating.

One of the best things about Madden NFL 22 is the realistic season that can culminate with the Super Bowl. Now that we are already midway the 2022 NFL Playoff Bracket and less than one month away from the big game, we thought to analyze how this event happens in the game.

EA prides itself on creating a more realistic game with their latest release, so we are here to find out how accurate is the Super Bowl experience in Madden NFL 22.

First of all, the gameplay whether you are playing a Super Bowl match or a regular head-to-head match feels different than previous Madden NFL games. Once you start the game, you’d feel like all the players are running in slow motion, but after playing for a while you’ll get used to the changes that actually make the game better for playing.

There have been some massive changes that raised the difficulty of every match and fixed issues like putting the high-speed defensive player in the middle of the field that could easily outrun everyone.

Basically, the gameplay is much harder than the previous game, which is what is expected, especially if you play in the Super Bowl.

This is one of the game’s latest features that are currently only available for next-gen consoles. Dynamic Gameday is a feature that is here to improve your gameplay experience and make the game feel more realistic.

This feature is separated into different components.

Since we talk about the Super Bowl where the atmosphere is on the highest level, this feature improves the overall feel of the game and makes it more realistic.

One of the first noticeable characteristics people talk about is the crowd. EA managed to create brand new crowd animations and created super fan characters for each team in the league making a more accurate Super Bowl experience.

Additionally, EA has been working with NFL teams just to help them master the real-world crowd audio recordings for more realistic sound elements. Additionally, the sound volume varies depending on the moment in the game.

They also added dynamic side-lines which react to the momentum of the game, bringing up an extremely close atmosphere to a real-world Super Bowl.

This is another interesting feature on Madden NFL that is designed to make matches feel more realistic. As any football fan would agree, feeling momentum building in NFL games is a very real thing.

EA managed to create momentum mechanics like “Tug-of-War” where the rhythm is dictated by the team that is currently controlling the game. As greater levels of momentum are reached within the Super Bowl game, new factors are unlocked or taken away that can impact the atmosphere and the overall feel of the match.

That’s not all. Madden NFL 22 also focused on Home Field Advantage, where the team playing at their own stadium has equipped with one extra unique M-factor.

It is safe to say that we’ve seen some major improvements in the overall feel of the game, especially for big matches like the Super Bowl. The dynamic crowds, pre-game press conferences, hype building system, and trophy presentation feel very close to a real-life Super Bowl.

One of the most crucial aspects that are missing is the half-time show, which is a big part of the Super Bowl. Every year we see big stars performing during the rest time for the teams, which makes the Super Bowl even more exciting to watch.

However, it is not impossible to see such a feature in the future, especially with the new uprising Metaverse industry where many artists already performed digitally and live in games.