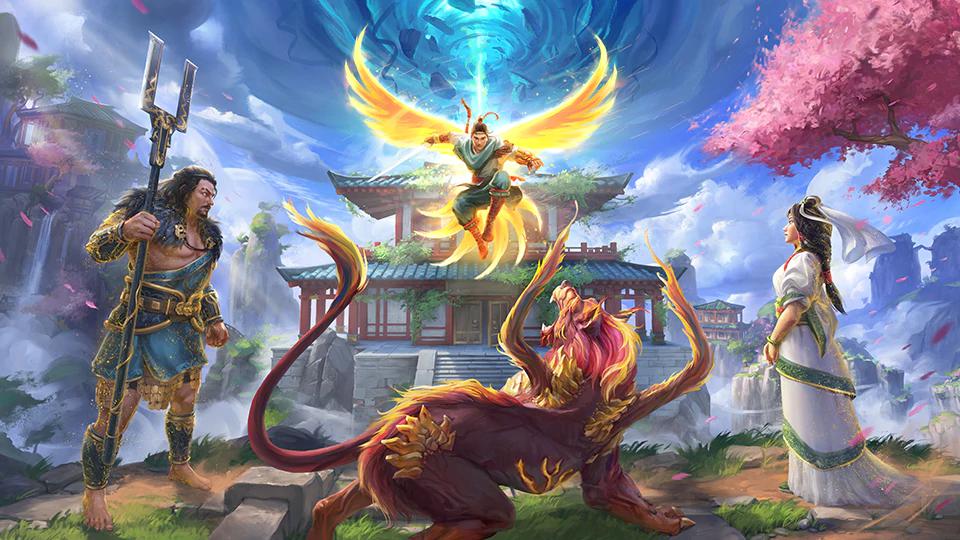 Original Story – Ubisoft has pinned a March 25 release date to Myths of the Eastern Realm, the latest chunk of DLC for Immortals Fenyx Rising on PS5, PS4, PC, Nintendo Switch, Xbox Series X/S and Xbox One.

This latest expansion for the fantasy adventure game handled by Ubisoft Chengdu, and introduces a fresh open-world to explore alongside new characters and a story inspired by Chinese mythology. There’s also a brand new hero introduced here, known as Ku.

To whet your appetite however, Immortals Fenyx Rising players can take part in the primer quest We Are Not Alone, which is available via a free update and can be found in-game now. The quest appears at the southern end of the Valley of Eternal Spring, and features a platforming challenge that will test your stamina high in the clouds.

Ubisoft has noted that you own’t need to complete We Are Not Alone in order to access the Myths of the Eastern Realm DLC.

Immortals Fenyx Rising was released for PS5, PS4, PC, Switch, Xbox Series X/S and Xbox One in December 2020, and you can read our full verdict on the game here.