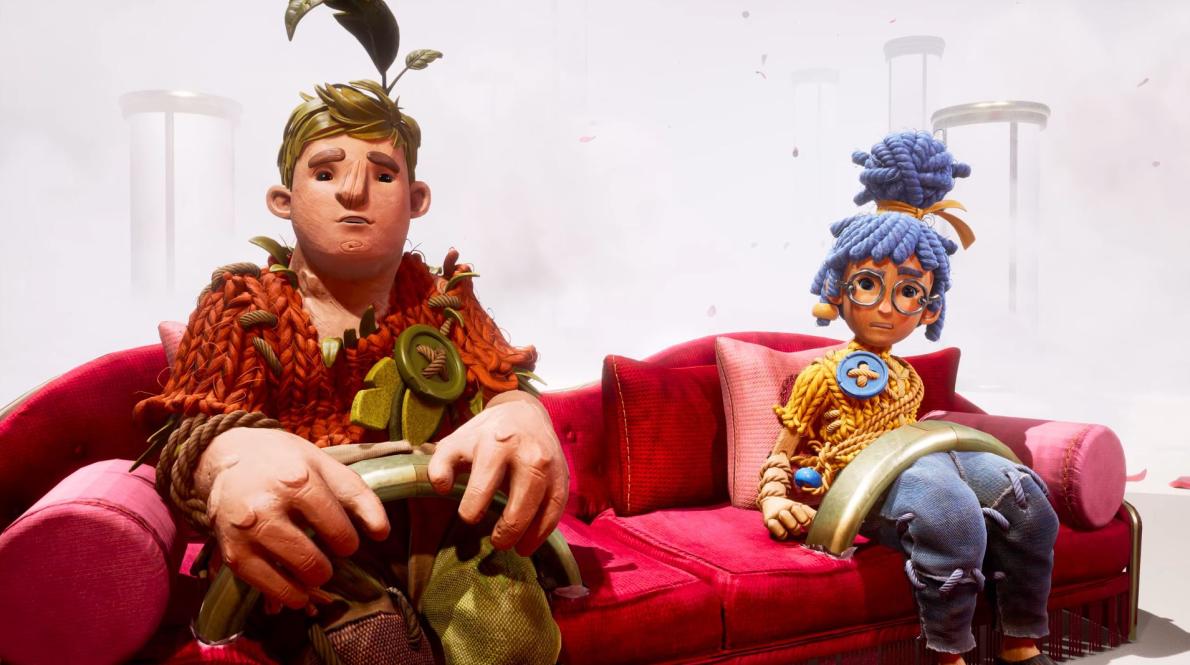 Hazelight and EA Originals have released a new It Takes Two trailer titled We’re Better Together, which as you’ve probably twigged, champions the game’s cooperative gameplay.

It Takes Two is the latest game from A Way Out creator Josef Fares (you probably know for his sweary rant at The Game Awards a few years back), and follows clashing couple Cody and May, who have been turned into dolls by a magic spell. Having lost their human forms, they find themselves trapped in a fantastical world and must save their damaged relationship by Dr. Hakim, a recent love guru, which they try with great reluctance.

The game has been built from the ground up for two players, and pits players against a variety of obstacles including rampaging vacuum cleaners to love gurus. There’s genre-bending challenges to overcome, character abilities to master, and a marriage of gameplay and narrative that ‘pushes the boundaries of interactive storytelling.’

It Takes Two is scheduled for release on March 26, 2021 for PS5, PS4, PC, Xbox Series X/S and Xbox One. The game will receive a day one update that will weigh in at around 33GB on the PS4.