As if there was any lingering doubt, Japanese publisher Square Enix has confirmed that both the long-in-development Kingdom Hearts III and the first episode of the Final Fantasy VII remake will not be releasing in 2017.


Confirmed in a presentation regarding Square Enix’s financial forecasting, both games are now tentatively placed in the ‘FY 2018 and beyond’ bracket, meaning it’ll be a good while before we see either, especially considering the fact that Kingdom Hearts 3 has had notable issues during its protracted development and Final Fantasy VII remake was in a very nascent stage when it was announced at E3 last year.


Announced back nearly five years ago (with conceptual work going back much further), Kingdom Hearts III has been one of the more enigmatic games in recent memory, with a total of eight minutes of footage having been released since its unveiling at E3 2013. Despite its troubled production, excitement has yet to wane as fans clamour for any morsel of news. 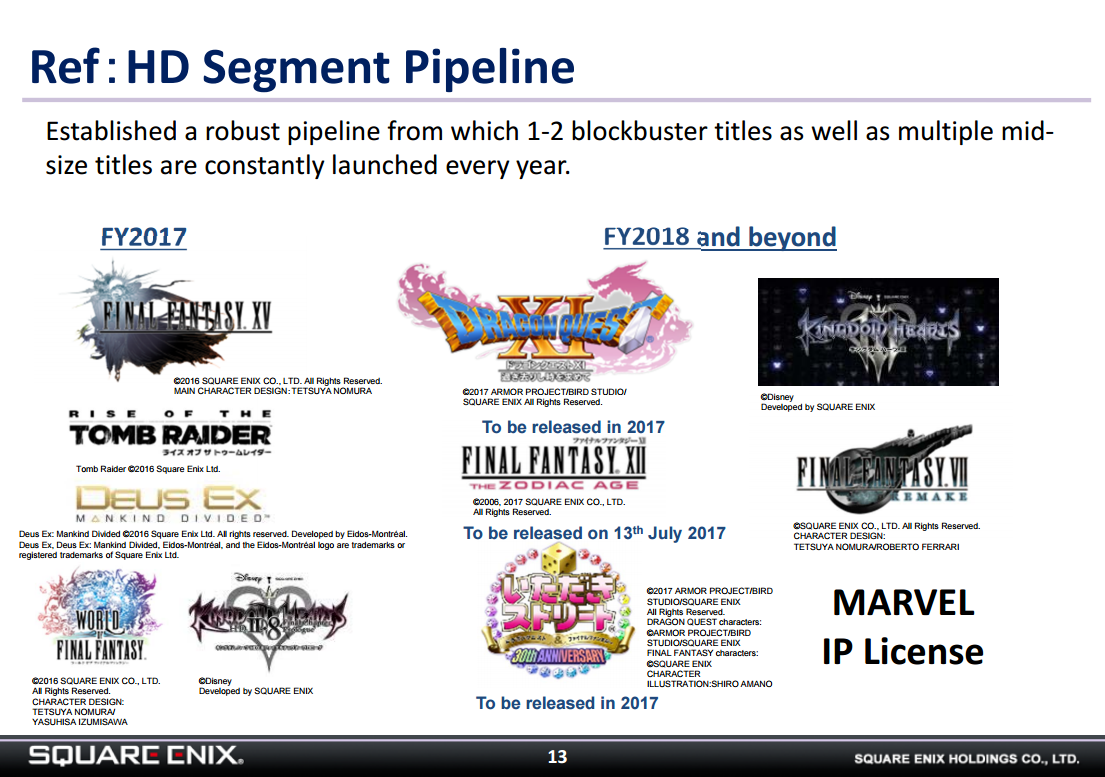 Conversely, movement on the Final Fantasy VII remake front (episode 1 of 3) has been quicker than expected – what with the unexpected release of gameplay at PSX last year, a mere six months after its formal reveal. Additionally, voice work has already been completed on the project.


Either way, while we’re not expecting Final Fantasy XV levels of delay it’s safe to say that we’re looking at 2019 releases for both projects. Let’s just hope Square Enix gets them right as the good faith it’s recently ganered depends on it.