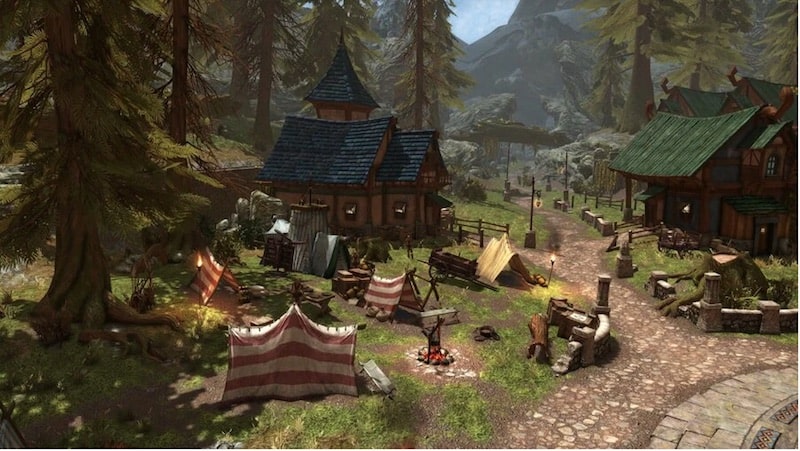 Developer Kaiko has confirmed that the Fatesworn expansion for Kingdoms of Amalur: Re-Reckoning is now in the ‘final stages of production.’

It’s been a long time coming, but we’re finally ready to give you a peek behind the curtain of Re-Reckoning’s upcoming DLC: Fatesworn. We’re wrapping up the final stages of production and in the meantime, we’d like to share a preview of the world of Fatesworn. Introducing: Gale Crossing!

In addition to the brief update, the studio also provided a new screenshot of the DLC, which we’ve included below.

Kingdoms of Amalur: Re-Reckoning was released for PS4, PC, Nintendo Switch, and Xbox One on September 8, 2020. You can read our review here. An update for the game released back in June added 4K resolution support for PS5 owners.