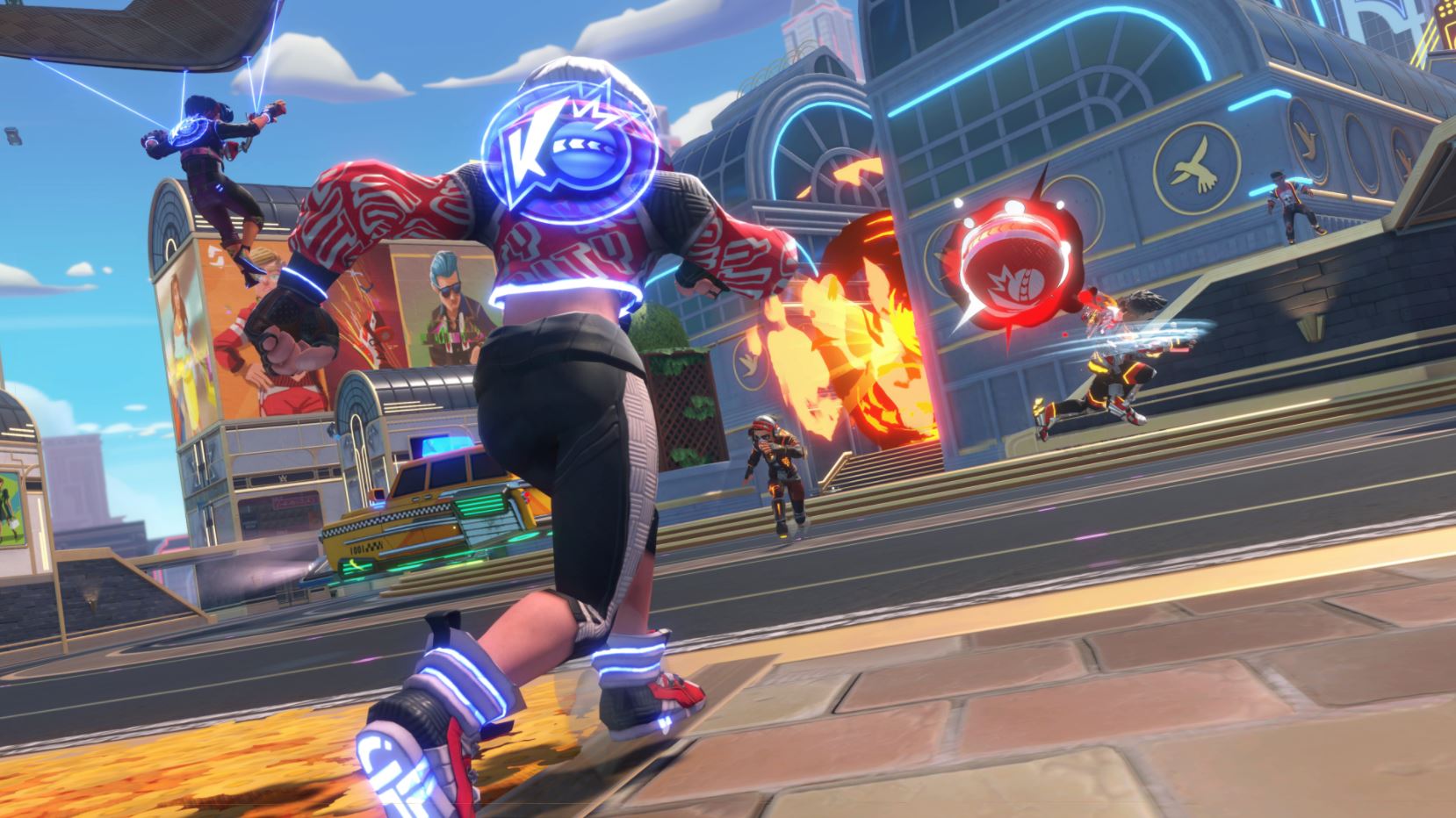 Velan Studios has announced its long-in-development title, Knockout City, which is a small-scale team-based multiplayer game focused on dodgeball-style mechanics and gameplay and being published under the EA Originals label.

We got the chance to check out the game this week and it features a number of small game modes (3v3 and 4v4) where you catch and throw dodgeballs at your enemies to deplete their health and win the match. Players have the ability to rank you a street rank in-game to earn a variety of cosmetics, as they jump around a battlefield with jump pads and use their gliders.

On top of that, players can even become a dodgeball themselves by entering Ballform, which allows them to roll around and be picked up by teammates to be thrown, creating unique special attacks where you slam into the ground. There will also be a number of Special Balls with unique effects that spawn around the map.

Knockout City will also feature PS5 enhancements at launch and come with extensive post-launch support, including new Balls, maps, modes, events, cosmetics and seasonal cosmetics which can be purchased directly from the store or earned in-game with a currency that can either be purchased with real-money or collected by completing contracts.

The game will cost $19.99, but it will be available as a free trial at launch, with players getting access to the full experience. There is now word yet on when this trial will end. Cross-play and cross-progression will also be available on all platforms at launch.

Our preview coverage, with an extensive, detailed look at the game can be found here. You can watch the Knockout City PS4 reveal trailer below:

Knockout City releases for PS4 on May 21, 2021, and is playable on PS5 via backwards compatibility.