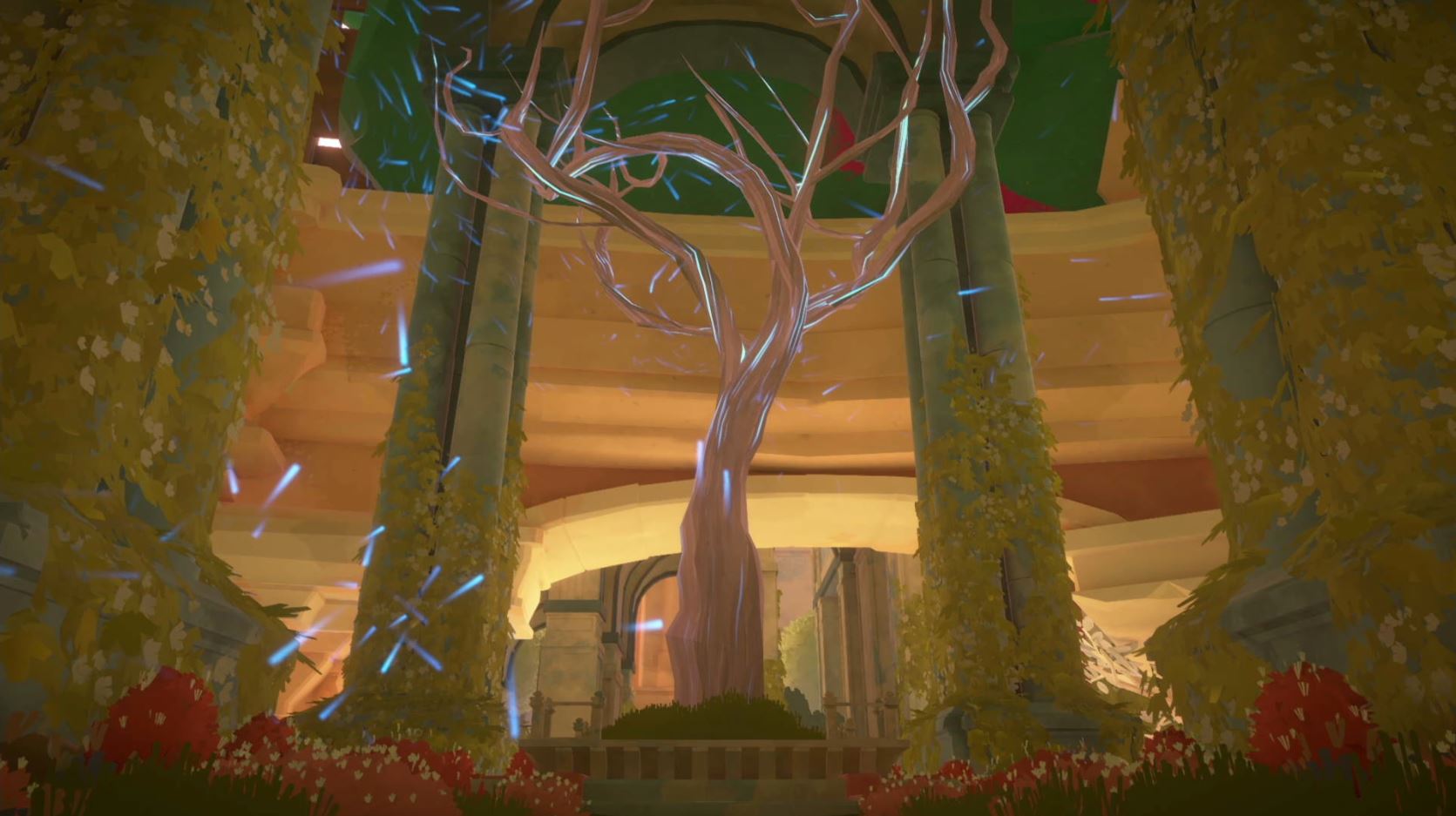 Welcome to the final part of our Maquette walkthrough, detailing The Exchange and showcasing all the puzzle solutions for the complex final level of the game.

The Exchange is the final level of Maquette and builds upon everything so far by having you literally move the environment you are playing in to solve puzzles. You begin the level in the centre of the area and have to free yourself from the surrounding rocks. To do this. Grab the pink dome from the rock circle in the middle and lift it out of the enclosed area. 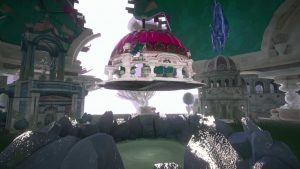 Place it down next to the large set of stairs and leave the dome you are in to walk up those stairs within the normal-sized environment. At the top, you will find a switch, which you need to pull. 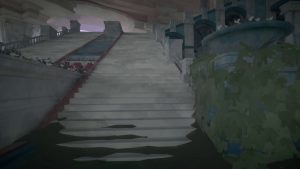 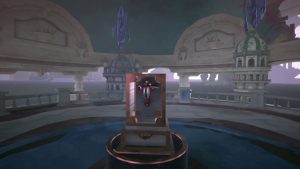 After doing so, a scene will play showing Kenzie and Michael meeting up for the first time after they broke up. The green tower in the distance will also open up. Head down to that green tower to find an owl carving, which you can interact with. 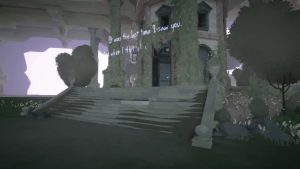 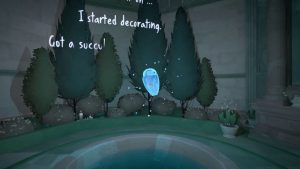 After you activate the owl carving, a switch will spawn along with a number of arches. Before you pull the switch, go over to the pink dome and move the pink dome within it close to the green tower. 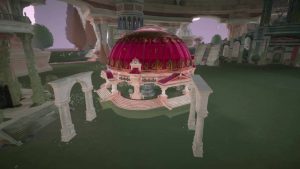 Opposite the switch in the green tower, there is a pink tower. However, you only have a limited amount of time to reach that tower after pulling the switch as the doors will close when the timer stops. So, what you have to do is pull the switch and then return to the pink dome, moving the dome within it close to the red tower, so that you can enter with time to spare.

This all has to be done very quickly, so it might take a few tries. To repeat, activate the switch, then run to the pink dome which is placed near the green tower. Move the small pink dome within the pink dome you are in close to the red tower and then quickly enter the red tower in the normal-sized environment. Inside you will find a diamond that you can interact with. 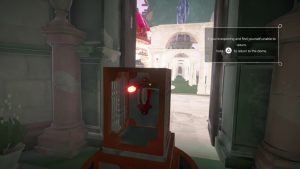 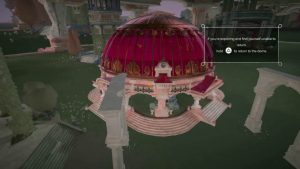 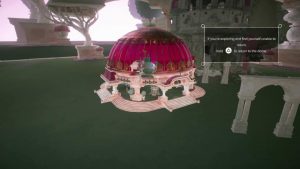 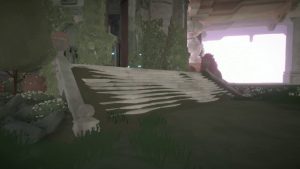 After activating the diamond, a pillar will spawn in the environment. Head back inside the pink dome and stand on the pressure plate in front of the pillar. 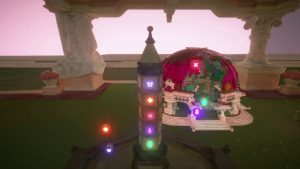 Coloured symbols on rocks will now float and position themselves on one of the five rows of symbols. What is shown on the floating symbols is what the pillar also need to be switched to. You can change the pillar by interacting with each of the five segments. The solution for this one is as follows: Jigsaw (Red), Crystal (Green), Figurine (Pink), Plus (Orange), Butterfly (Blue). 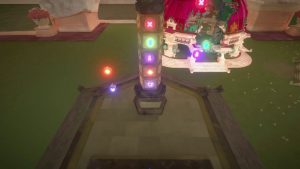 That pillar will now de-spawn and another will pop up on the opposite side of the area. Head over to that pillar within the same sized environment you were previously in. But, this time, move the pink dome behind the pillar. Also, turn the dome so that the missing side is facing the back of the pillar, as the floating symbols will now spawn behind the pillar.

Your screens should look like what can be seen below and have a large pillar in front of you. 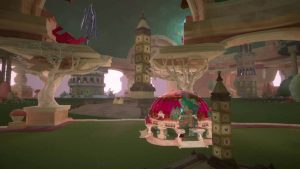 Step onto the small pillar’s pressure plate and input the symbols the same way, using the pillar in front of you. The solution for this one is as follows: Butterfly (Blue), Crystal (Green), Plus (Orange), Jigsaw (Red), Figurine (Pink). Completing this will open the blue tower. 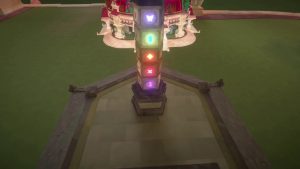 Walk over to the thin blue tower and activate the bell that is inside by interacting with it. 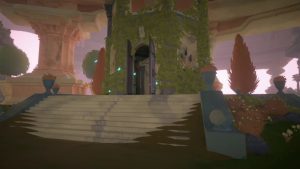 After you leave the tower, the large blue tower opposite will open and some rocks will spawn. What you have to do here position the dome on the large rock to create an altered perspective, as the book inside this tower is at the top of a staircase you can’t usually climb.

So, enter the pink dome and position the small dome above the large rock so that its shadow covers most of it, creating a steep, altered perspective. 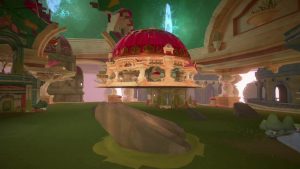 Head inside the wide, blue tower and up the staircase to activate the book. If it won’t let you climb, move the dome up a little bit so the perspective is even steeper, making the staircase climbable. 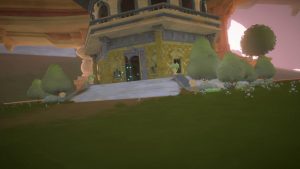 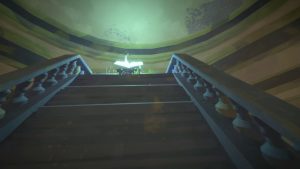 Once all four towers have been activated. Return to the large staircase and go to the tree at the top to be greeted with the final scene and the end of the game.

Maquette is now officially complete. Congratulations! If you want to see any of our guides, head back to our full walkthrough, so you can earn those speedrun trophies.

Maquette is available now on PS4 and PS5.