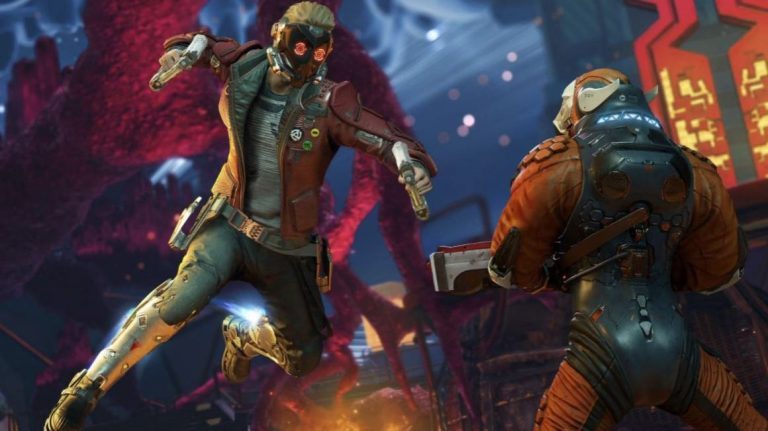 Marvel’s Guardians of the Galaxy is going to tap into one of the most memorable parts of the film franchise, namely its rocking soundtrack. Yep, Eidos Montreal‘s adaptation of the intergalactic superheroes’ adventure will feature its own album from composer Steve Szczepkowski.

According to early details, the Guardians of the Galaxy album will be “carefully woven into the lore to enhance the story of this rock and roll band of misfits,” and was recorded at London’s Abby Road Studios. Nearly six hours of music will be featured, and will also be backed up by licensed music from the likes of Iron Maiden, Kiss, Rick Astley, New Kids on the Block, Hot Chocolate, and more.

Hopefully they’ll do the right thing and add a bit of Genesis or Rush into the mix too, eh?

Furthermore, the music also becomes a vital component in combat, as Star-Lord can cue up a tune on his trusty cassette player to inspire his teammates to fight better via the Huddle mechanic.

Marvel’s Guardians of the Galaxy is pencilled in for an October 26, 2021 release for PS5, PS4, PC, Nintendo Switch, Xbox Series X/S, and Xbox One. Check out the latest behind-the-scenes video of the game here.