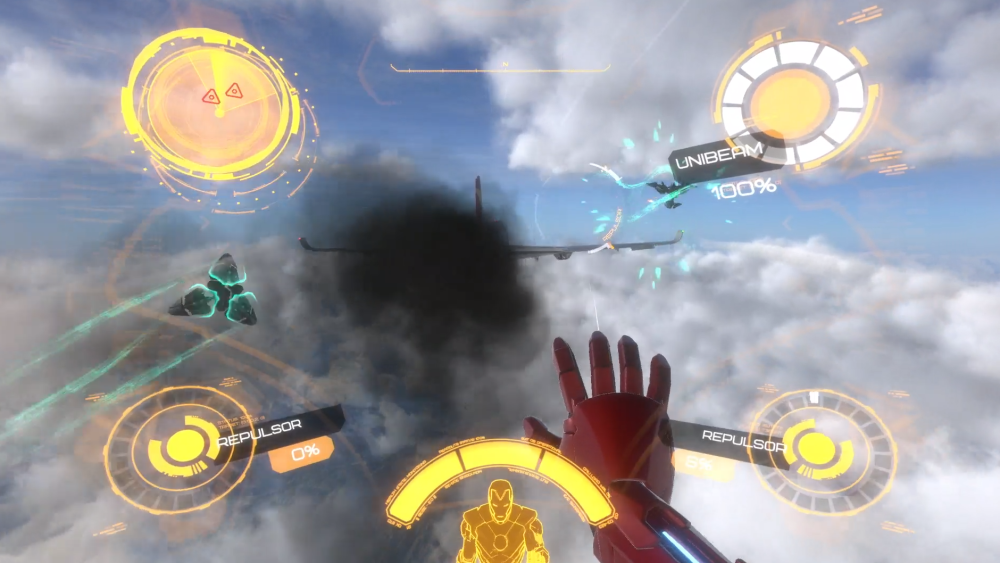 The PlayStation Blog posted a bunch of info about the flying in Marvel’s Iron Man VR. Firstly, the Impulse Armor Camouflaj made had to properly emulate being Iron Man. After pitching how being Iron Man would feel in VR, the team went back and worked on the setting and polishing the experience.

You can view a timelapse of the Impulse Armor being created below:

Camouflaj explained how they made flying work:

The key reason it feels so good and natural to fly as Iron Man in our game is because we obey Newton’s laws of motion. We doubled down on how it would work in real life, which, it turns out, your brain really appreciates. Every frame we process includes calculations of up to a dozen forces, such as thrust, drag, and gravity — as well as our assistance systems — that output Iron Man’s accurate and believable trajectory through the sky.

On top of that, the game tries to preserve your forward momentum. Camouflaj have also built a bumper-like system that guides you around hard corners. The suit also has different settings based on the context you are using it in. For example, if you are flying around tight, compacted streets you won’t be going at 300 kilometres per hour.

The Behind The Scenes video can be found below, which also showcases some gameplay:

The game was announced back in March during Sony’s first-ever State of Play livestream. Marvel’s Iron Man VR is intended to be a truly immersive super-hero VR experience.

What are your thoughts on what you have seen of the game so far? Will you be picking it up when it releases? Or, do you need to see more?