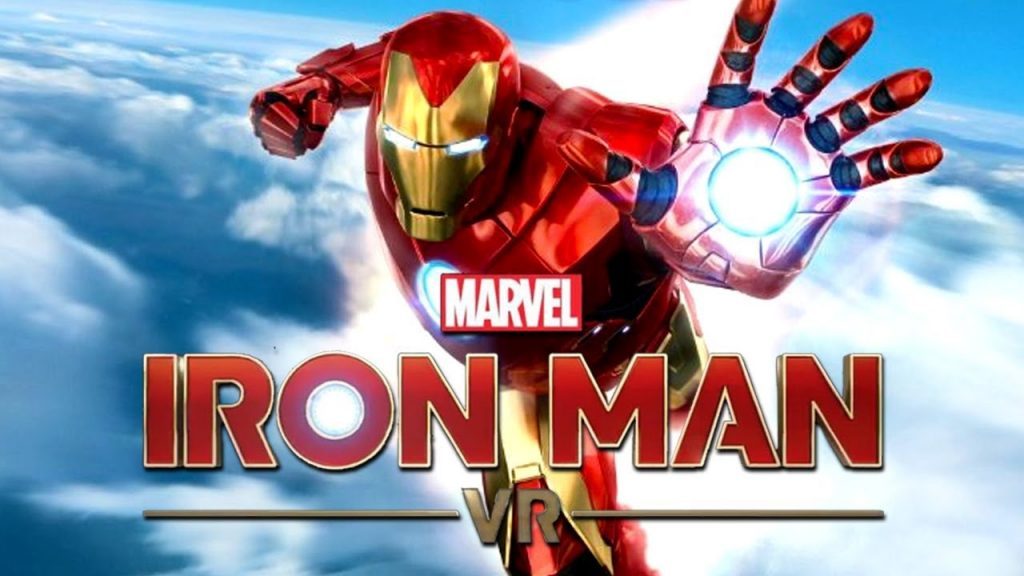 Marvel’s Iron Man VR Review – Tony Stark has a problem. Never one to leave well enough alone, he endlessly picks at the scabs in his mind, reengaging with dangerous ideas and technologies that he knows he should leave buried in the past. In many ways, the story in Iron Man VR is the story of Tony’s slow seduction – of himself. He is a man who can convince himself he is right, even when he knows he is being right in the wrong way.

When faced with an easy solution to a difficult problem, Tony always takes it. When an old piece of hardware that Tony abandoned due to its instability can get him out of a jam, Tony doesn’t hesitate to use it. He gives into his darker impulses inch by inch, until he is in so far over his head that he can’t even see the surface. He is impulsive, reckless, and has an addictive personality, regardless of his sobriety. He is also an amazing, invincible superhero.

Oh Tony, Use Your Head, Man!

Every decision Tony Stark makes in the extremely well-written Marvel’s Iron Man VR feels like the right decision at the time. Seeing through Tony’s eyes, I found myself right there with him, every step of the way.

Sure, Tony, reactivate that abandoned AI for help! Right on, Tony, let him fill your armor with weapons that you swore you would never use again. It’s cool, he’s funny! Hey Tony, let’s look the other way when that old AI is casually cruel to your much-superior AI assistant Friday. Tony, Pepper sure is cute, but let’s hang up on her before she can criticize our decisions. “Our decisions”.

Yes, Iron Man VR does a spectacular job of putting us in the suit of armor and sending us to the clouds to do battle with bad guys and robots. But perhaps more interestingly, the game puts us in Tony’s shoes at key moments in this story, making us complicit with his shitty decision making.

It all makes sense at the time; Tony is a hero, and he’s only trying to do the right thing. But the extraordinary thing this game does is psychically implant the nagging thought in the player’s mind that whatever Tony is doing, it probably isn’t a good idea.

Beyond the hints above, I’m not going to get into the plot of Iron Man VR. Not even a little. The experience is too much fun, and I don’t want to ruin a single moment of it. Just know that this is an extraordinarily written tale, made real with honest performances and spectacular imagery (watch the feet of Tony’s AI friends – too cool). Come for the repulsors, but stay for the drama. You won’t regret when this story pulls of some of the best writing in videogames this side of Spider-Man.

Look, if you’ve played the demo, you already know this. But Iron Man VR pulls off some of the most immersive moments I’ve ever experienced in a game. Players start the game in Tony’s “backyard”, the rocky ocean outside his place in Malibu. He and Friday are taking his new Mark III armor out for a test run, and Friday walks the player through everything they need to know to be Iron Man.

Expect to suck at first. I mean it. You won’t be a natural at this. Tony has created one seriously complicated piece of tech. If you think about it too hard, you are going to end up spinning in place. Or overshooting your mark. Or firing missiles at your own house.

But once you turn off your mind and let your body take over, you will see just how intuitive the masterful controls in Iron Man VR really are. Each of your hands has a thruster on it, controlled by the trigger buttons on the Move Controllers. You steer Iron Man around with a combination of those thrusters and by looking at where you want to go.

A tap of the top face buttons on either allow either snap or smooth turning. While Iron Man VR never made me feel ill, I was concerned that smooth turning might put me over the edge while I was swooping around, so I stuck with snaps. The game wisely maintains your momentum in the direction you were flying, even when you change your view. This allows you to plan you movements carefully without any sudden jarring changes. It’s wild at first, but once you get the get the hang of it, it’s fairly glorious.

The makers of this game clearly spent a lot of time fiddling to get the feel of flying just right. Need to go towards the ground in the hurry? Put your hands above your head and rocket yourself down. Tilt your body – even if you are sitting down – to swoop towards where you want to go. Let your momentum carry you to your target. Zip skyward and trigger the hover mechanic to survey the battleground. Whatever tactic you want to take, it is all here.

Using weapons is almost as intuitive as flying. Hold your hand up – palms out in front of you – and tap the move button to fire repulsors. Palms down to fire wrist weapons. Hold down a face button to charge up a turbo punch, and then…you know…punch something. It all works great, but it all takes practice.

I fumbled around a lot at first, absolutely tanking on the early time trials. But by around the fifth chapter, I realized that I was absolutely crushing it. I had stopped thinking, and had just become Iron Man. Thank you, video games. This is the closest you will ever feel to being a superhero. In certain amazing moments, Iron Man VR makes the impossible feel real.

Tony Has A Zillion Weapons – Try Them All

Something else Iron Man VR gets right is Tony’s wild array of weaponry. Very early in the game, the ability to customize Tony’s armor opens up. The Iron Man armor has maybe seven points of customization, allowing players to switch out Tony’s wrist weapons, improve his repulsors, add extra oomph to his foot thrusters; the list goes on and on.

These customizations are performed in Tony’s garage, where you end up spending a lot of time fiddling with tech and plotting your next move. This is appropriate and in character for Iron Man, and I dug how much time you spend tinkering around with gadgetry.

Switching up the loadout isn’t free, though. Players earn star ratings for mission performance, and those stars translate directly to “research points”. Nothing in the arsenal is overly expensive, but this dynamic forces you to choose what you want to invest in, and the results are immediately noticeable.

Luckily, Iron Man VR allows for a limitless number of level replays and time trials to earn extra stars. Once you have something in each slot, the pressure to unlock additional add-ons is more about your desire to experiment than a need to upgrade. They don’t necessarily make Iron Man any stronger, they change the way he plays. One loadout flies faster and uses cluster bombs, for example, whereas another has extra boosting power and uses machine guns and homing missiles. It’s all about who you want your Iron Man to be.

Another fun customization perk is the ability to change out Iron Man’s color scheme. It’s almost completely inconsequential (you only see his arms most of the time), but the ability to swap looks is entertaining nonetheless. I spent most of the game rocking the 1980’s red and silver suit (the Iron Man I grew up on), before finally breaking down and using the camo suit and the Iron Patriot suit for a few missions. It has zero effect on gameplay, but I loved it.

Those Load Times Though

And now for the not-so-fun part. Look, I was right on the edge of giving Iron Man VR a 10, but I simply can’t. Like the vast majority of players will, I played Iron Man VR on a standard PS4. The load times in this game on that system are absolutely abysmal. In fact, I can’t remember ever waiting this long for a level to load. Ever. Not kidding, not exaggerating.

I am not normally the sort of person to gripe about load times. I understand that there are technical limitations that I’m not privy to. I’m not a game coder. I don’t have any idea what hoops need to be jumped through to get a game like this up and running. But the way this game keeps you stranded in the dark for minutes on end is absolutely unacceptable.

Over my time with Iron Man VR, I came to understand that there are three modes of loading. There is the primary load screen – which can take up to three minutes, but at least tries to keep the player entertained with little factoids and teases about how to unlock more armor cosmetics. Then there is the weird little loading meter that shows up sometimes in missions – a blazing blue that burns your retinas in a sea of darkness.

But the final mode – which I began to think of as “Iron Man purgatory” just leaves the player sitting in darkness. This can go on for so long that you may wonder if the game is broken. If you are like me, you may give up and crash the game, only to have to sit through this floating abyss again. In such a polished and otherwise wonderful game, how did this weirdness make it out the door?

However it happened, it puts a serious damper on the fun of playing this game. I began to dread starting a new level, just because I knew I would have to sit there forever waiting. I seriously began pulling out my phone and browsing the internet while the game loaded. In a VR game, that is death – the total murder of immersion. That said, I can’t wait to play this game on a PS5. If those load times were gone, I would be tempted to call Iron Man VR a perfect VR game.

But in the end, how can you have any pudding if you don’t eat your meat? You have to suffer through the ridiculous load times in order to get to the wonderful, delicious gameplay of Iron Man VR – and that gameplay is 100% worth it.

The good here outweighs the bad, by far. The feeling of swooping between skyscrapers while launching missiles at evil drones simply can’t be matched in VR – and lest I fail to really hammer the point home, not a touch of VR sickness in sight. Some sort of voodoo at work there.

Iron Man VR is an amazing experience that every PlayStation owner should have. Marvel fans will find a ton to love here, as will VR enthusiasts. Even the mildly curious will be greatly rewarded if they decide to check this out. Just know that like Tony Stark, you may have to dwell in the darkness for a while before you see the light.

Iron Man VR succeeds wildly in its mission to put players into Tony Stark's iconic suit of armor. Flying and doing battle is amazing, and even more amazing is the way that players are immersed in Tony Stark’s narcissistic psyche. With story-telling without peer in the VR space, and amazing battle sequences, Iron Man VR verges on being the perfect VR game. Only the ridiculous load times are preventing this from being the greatest of all time.