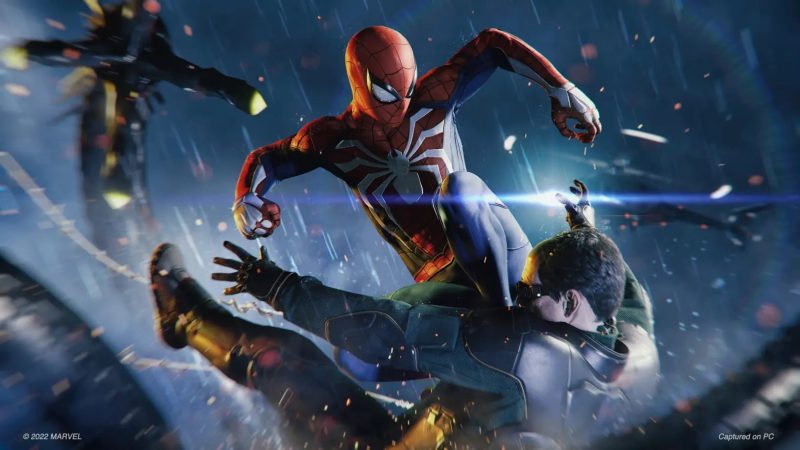 Marvel’s Spider-Man Remastered will be coming to PC later this summer on August 12, 2022, and a new trailer just showcased what players can expect in regards to the different features the PC port will include.

We also got a full chart breaking down the recommended spec’s for different graphical settings, all the way from running the game at 720p to 4K.

You’ll also be able to re-map and customize the controls to your own liking, and it also supports mouse and keyboard controls.

You can check out the new trailer right here.

If you’re wondering whether or not your PC can even run Spider-Man Remastered, now you can finally see for yourself. So long as you have a GTX 950 or higher, with an Intel i3-4160, you’ll be able to run it at the minimum specs.

That is, 720p at 30fps. You’ll also need 75GB of space worth of memory for the game, and at the minimum 8GB of RAM, though 16GB is what’s recommended at every other spec besides the lowest and highest.

So you’re at least better off with 16GB, to be safe.

You can check out the spec’s for yourself, here. 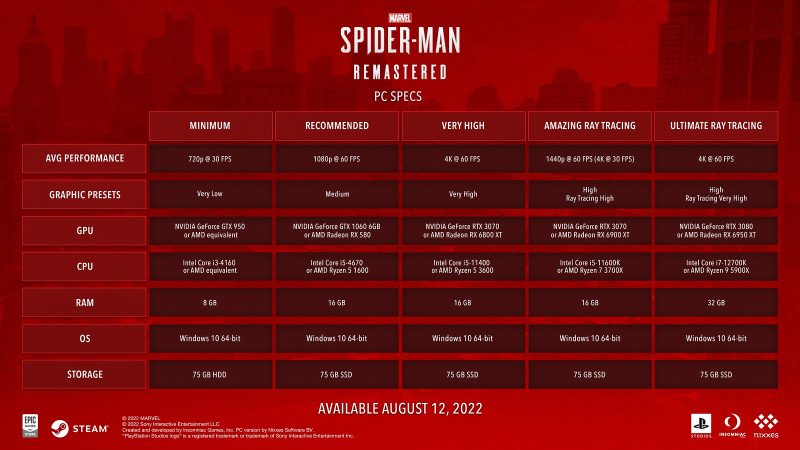 With all this information now out in the wild, the game’s Steam and Epic Store pages are both up, and you can pre-order it now.