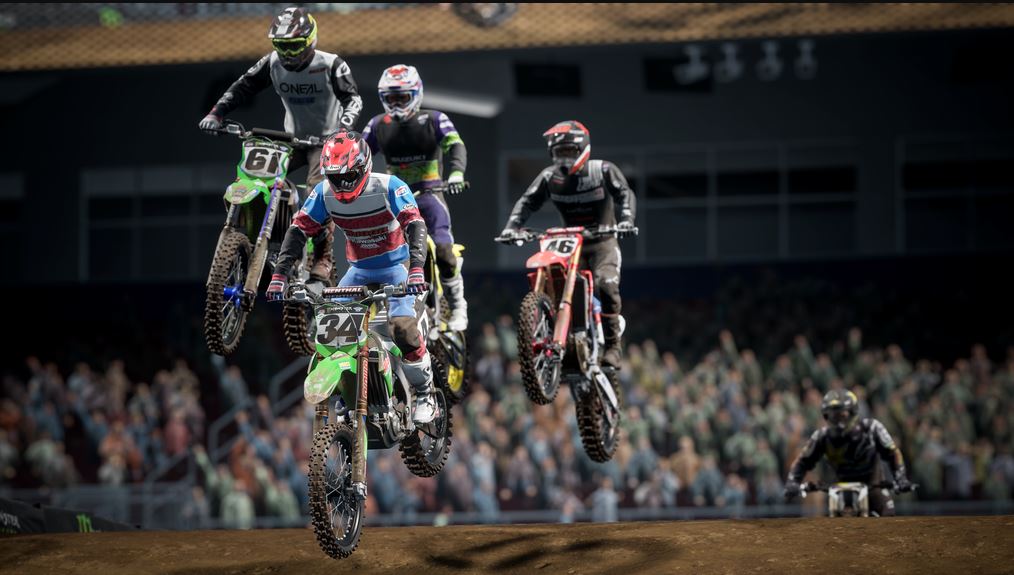 The game includes seventeen tracks, eleven stadiums, and a “faithful representation of the 2020 Monster Energy Supercross season”. For the first time in the franchise, a new Career Mode structure will allow you to climb the ladder and reach 250SX and 450SX categories. Each rider here is affected by skills which can be upgraded and managed.

The Compound is a brand new free-roam area for solo and co-op play where you can race against friends, along with the return of the Track Editor. Customisation modules from 2020 official tracks make an appearance, along with new cosmetics and ways to create the track you want.

You can watch the announcement trailer for Monster Energy Supercross – The Official Videogame 4 on PS5 and PS4 below:

Monster Energy Supercross – The Official Videogame 4 releases for PS5 and PS4 on March 11, 2021.