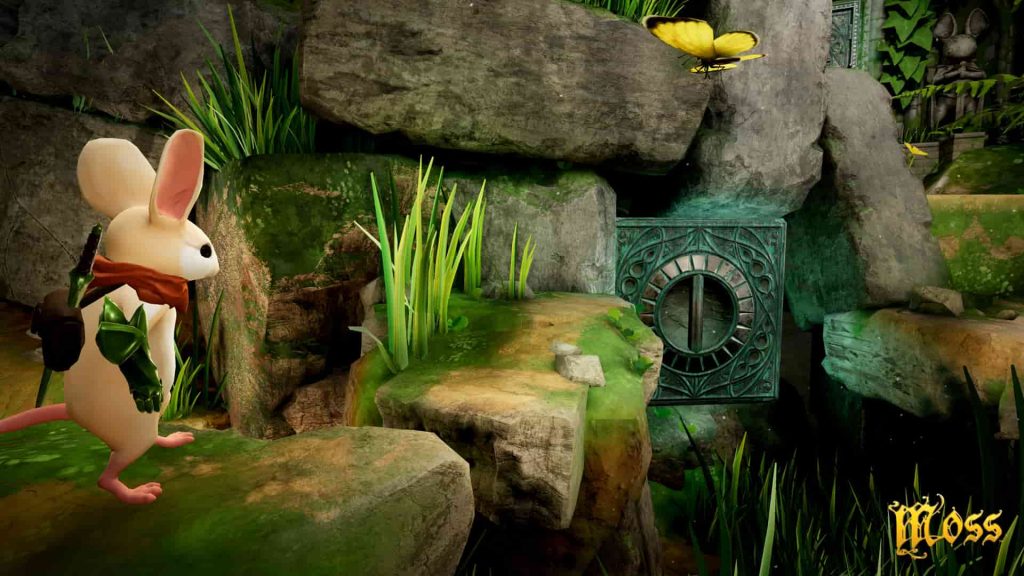 Polyarc has announced that it’s rolling out free Moss DLC for the critically acclaimed PlayStation VR fantasy adventurer this summer.

The Moss DLC is slated to arrive in June for PSVR alongside Oculus Rift, HTC Vive, and Windows MR, and fleshes out the game with fresh combat, puzzles, and story content. The main highlight with the expansion is the Twilight Garden, described as a ‘strange and vibrant’ location that complements the existing gameplay experience as a “mysterious presence prepares you for the dangers ahead.”

The Twilight Garden offers up plenty of new content, with additional enemies to battle and all-new weapons to get your paws on. The new Moss DLC will roll out first for Oculus Quest on May 21, something which Polyarc is pretty excited about.

“The Quest is a game changer for the VR industry, and something we’ve been eagerly anticipating as developers specializing in VR content. Its wireless head and hand tracking technology allows full immersion in another world, simply by picking up and putting on a headset, regardless of where you are,” said Josh Stiksma, system designer at Polyarc.

“Now you can explore the whimsical fairytale from home or on the go as you travel, commute, and visit friends or family. In addition, to make this experience even more magical, we’ve updated the game. Players may now discover and explore new content hidden within the world of Moss.”

Moss was released on the PSVR back in February 2018, and takes place from a first-person perspective while using Sony’s VR gaming headset. You hop into the role of a mouse named Quill, who unlike most game protagonists, is fully aware of you. In fact, this comes in handy, as Quill will attempt to communicate with you for puzzles hints and other useful tips.

A critical success, Moss was nominated for a number of accolades, including Best VR Game at the Golden Joystick Awards 2018 and Best Debut Indie Game at The Game Awards 2018. Read our Moss review here.