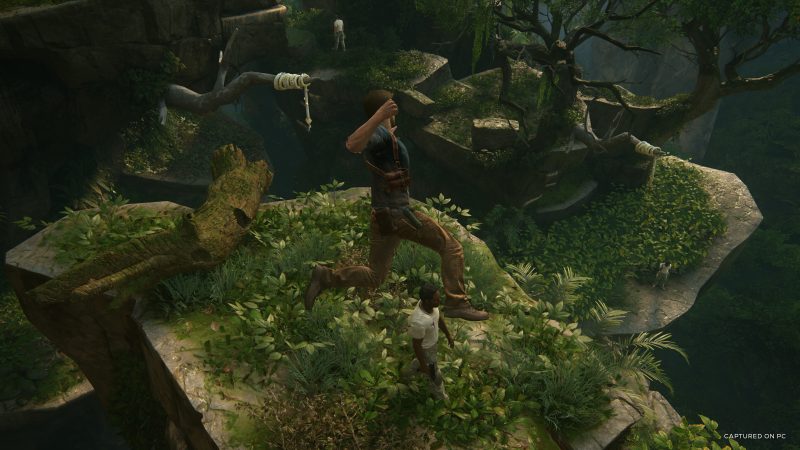 Naughty Dog has published games for PlayStation consoles its entire life, though that changed slightly today with the release of Uncharted: Legacy Of Thieves Collection on PC, marking the studio’s first PC launch.

Vice president at Naughty Dog Christian Gyrling spoke about the importance of this launch beyond just brining two incredible Uncharted stories to a whole new group of players.

In a PlayStation Blog post, Gyrling called it “a pivotal moment for us, a chance to look ahead and expand the way we develop games, all while ensuring the level of quality our audience expects.”

Gryling is quick to reiterate that “PlayStation 5 remains our primary platform” for the studio, but he does continue to say that developing for PC will now be added into how Naughty Dog develops its games going forward.

Gryling mentions the first three Uncharted titles, though admits the decision to focus on just Uncharted 4 and Lost Legacy came out of how much more work it would require to bring the PS3-era titles into the modern day.

Beyond that, Gryling doesn’t specifically mention any older classic’s from Naughty Dog’s portfolio, though it would be a welcomed surprise to learn that the first three Uncharted titles will be coming to PC.

Hopefully that happens one day.