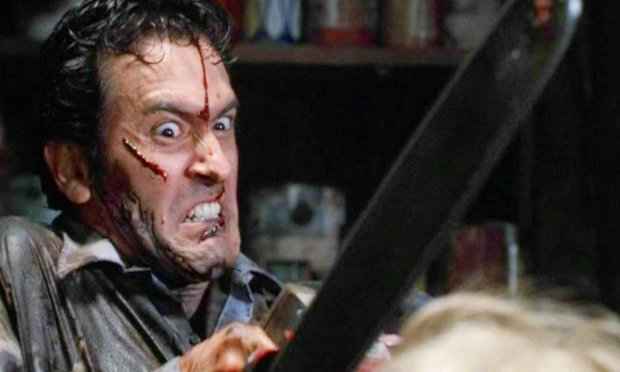 A new Evil Dead game based on the popular horror franchise is currently in development, according to one of the film’s actors.

Bruce Campbell, who plays Ash Williams in the Evil Dead franchise, let the news slip in an interview with Bloody Disgusting. The actor confirmed that he will be playing the voice of Ash.

Earlier this year, Campbell said that he would be retiring from playing Ash Williams, but when asked if this applies to future videogames, he said:

Oh no no, that’s different. I have previous obligations I have to fulfill. They are doing a video game. A whole immersive kind of dealio. I’ll be Ash for that, because I wouldn’t want someone else’s voice hamming it up.

In total, there have been six Evil Dead videogames. The series started way back on Commodore and ZX Spectrum with The Evil Dead, and the last main console and PC version, Evil Dead Regeneration appeared on PS2, Xbox and PC. Campbell also voiced Ash in this iteration.

In more recent years, the series was reinvigorating for iOS with Evil Dead: The Game in 2011.

Sadly, there’s no more information about the new Evil Dead game. Stay tuned and we’ll let you know if we hear any more! In the meantime, check out some of the most scary games on PS4.